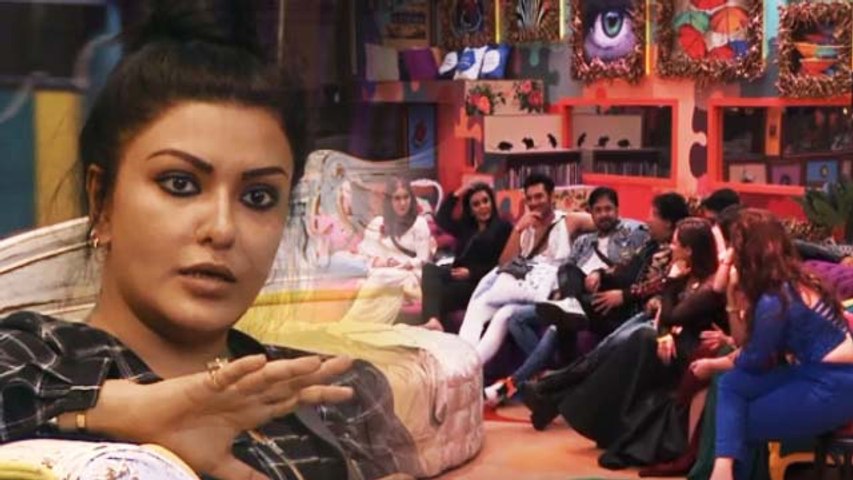 Bigg Boss is achieving a new level of excitement after the true faces of all the celebrity contestants are coming to fore. As the tense atmosphere inside the house rises, our curiosity to dive into the contestants' past is soaring. In the latest clip of VOOT's Unseen Undekha, Koena Mitra is seen telling Dalljiet Kaur about her love for taking risks and revealing where she had disappeared for the past few years.

During a conversation in the garden area, Koena tells Dalljiet "I am tough." Dalljiet agrees with Koena when she goes on to say "I have always taken bold decisions. I like taking risks." Dalljiet, as though wanting a clarification, reconfirms, "What do you like." Koena repeats herself "I like to take risks and challenges." Keen to know more about the whole context, Dalljiet asks "But what do you mean when you say risks?"

Koena then narrates her story to stardom and says "I was very young when I moved out of the house and started working. I mean, my parents would never have thought that I would ever move out of Bengal. Since my childhood, they thought that whatever I do, I will do it from there."

Curious Dalljiet then questions "So, do you have a conservative family?" wo which Koena replies "No, not at all. They are open minded." Dalljiet enquires "Are they happy with what you do?" Here, Koena reveals where she had gone after she left India. "Yes, definitely they are happy with me and every single thing. I have a very simple family, they are not at all complicated. You see, even after coming to Bombay, I went to L.A., to a different country."

On asking of whether she went there for a job, Koena talks reveals about the unknown phase of her life and answers "No, No. I was called for a screen test for a film. The project didn't work out but then I got another film which isn't complete yet." Further talking about her international film and tells "It's called The Story of Naomi where I have played the title character of Naomi as a French girl. They are still waiting for some funds and the film is on hold. If it happens, it happens but I learnt a lot there, I took trainings."

Koena breaks her silence and says "I don't plan things. I simply went for a screen test but I actually returned after 4 and a half years. I felt so good there, everyone is so independent. I liked their lifestyle a lot but at the same time, I would say that I can't settle outside India. I can' leave India." Dalljiet agrees and says, "And if one has grown up in India then it's very difficult. An Indian who has grown up there and wants to settle can do that."

Well, 'What What' and 'What not' does the trophy of Bigg Boss make people do. Koena Mitra is here, all the way from L.A to India, to win the season title but how long will she survive in a house where one has to be dependent on others to keep going. Watch the entire conversation exclusively on VOOT's Unseen Undekha!