Inside the Bigg Boss 13 house, many contestants and even viewers feel that Aarti Singh is being manipulated by her 'good friend' Siddharth Shukla. Also, a few Bigg Boss viewers were not happy as they felt that Sid was trying to overpower Aarti all the time. They also didn't like the way Sid behaved with Aarti as he was rude towards her. After viewers and Kashmera Shah, now Aarti's brother Krushna Abhishek has reacted to Sid's rudeness towards his sister.

Krushna Is Happy That Aarti Is Giving It Back To Sid

But now, since Aarti has started to give it back to Sid, Krushna is happy. In an interview with TOI, Krushna Abhishek said that he is happy that Aarti is taking a stand for herself and has started giving it back to Sid. The comedian added that he always told her not to compromise when it is comes to respect and speak up if someone disrespects her.

Siddharth Is Not A Bad Guy, But He Is Muhfat!

Talking about Sid, Krushna told the leading daily as saying, "I have met Sidharth Shukla. He is not a bad guy. His problem is that he is muhfat (straightforward). People who are muhfat are not bad. Kashmera is muhfat, but that doesn't mean she is a bad person."

Sid Is Not Able To Deal With The Pressure!

The actor also added that he thinks that Sid is not able to deal with the pressure of not being able to live inside the house with strangers without any communication from the outside world. He also felt that Sid is not getting to do what he likes doing and that's the reason, he is reacting in such a way.

About Sid's rudeness towards Aarti and a sudden change of behaviour in her, Krushna said, "I am happy she has started reacting and giving back to him. If you see the show she has stopped giving bhav (importance) to him. She should continue to be like that. I feel Bigg Boss is a kind of a show where a person who manages to survive all odds can only win the show and Arti is showing that potential." He also hopes that Aarti comes out as a Bigg Boss 13 winner.

For the uninitiated, Krushna's wife Kashmera had earlier reacted to Sid's rude behaviour towards Aarti. She wrote, "Stand up for yourself and leave the people that speak with you with indignity behind. Such people are not friends. They are disguised as friends. Remember wolf in sheep's clothing story @artisingh5." - (sic) 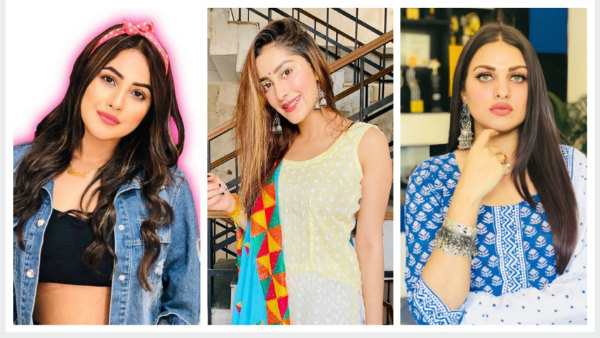