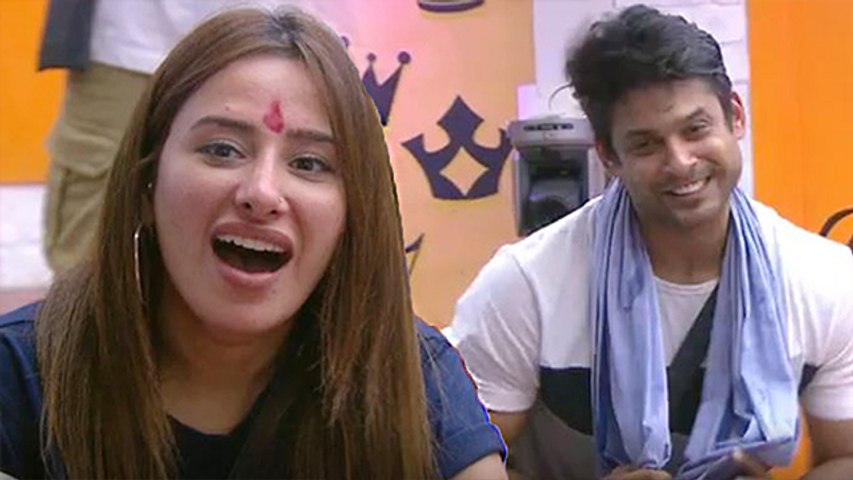 On day 36, in the Bigg Boss 13 house, Bigg Boss assigned the captaincy task - BB Transport Service. During the task, the contestants were divided into two teams - Asim Riaz's team and Paras Chhabra's team. Siddharth Shukla, who was in Asim's team got into major trouble as he snatched the stock from Mahira Sharma, who was in Paras's team. Bigg Boss even reprimanded Siddharth and punished him. Meanwhile, Asim's team won the first round. Both Sid and Asim made fun of Paras and Mahira; Sid even mocked them for their defeat. This didn't go well with Mahira, who sat down and pointed her shoes towards Sid.

When Shehnaz Gill asked Mahira to confess that she was pointing her shoes towards Sid, the latter denied saying that she was just resting her legs. This gesture of Mahira didn't go well with the viewers, who slammed Mahira and not only trended #WeSupportSidharthShukla, but also #MahiraKaun on Twitter. Take a look at a few comments!

"I swear by god !! #MahiraKaun is the most irritating and annoying contestant in #BiggBoss history!! Swami om , Priyanka jagga and surbhi Rana all r looking like saint in front of this annoying lady!! Throw out please #BiggBoss13." - (sic)

"If you noticed #MahiraKaun again started showing her shoes towards sid's face. Making noise like she is calling A dog. The way Mahira instigates Sid. And remember BiggBoss doesn't show us 24*7 footage we don't know what's been going on during all the day #WeSupportSidShukla." - (sic)

"Mahira showing her shoe to Sid for the second time in the show👏 And Shenaaz says achche se dikha usko. Disgusted with #ShenaazGill. But more with the attitude of #MahiraKaun today. She is not even crude but mannerless but highly sadistic. #WeSupportSidShukla. #biggboss13 #bb13." - (sic)

"Bloody #MahiraKaun again showed her shoe then she bloody bitch teach manners to #SiddharthShukla I wish she gets evicted this week I will be the happiest person on earth @BiggBoss @ColorsTV #BiggBoss13." - (sic)

"First #ShehnaazGill disrespect #SidhartShukla when #MahiraKaun was showing show to her she said "Achhe se dikha". And kept ignoring Sid even only sid was there during her breakout on himanshi. Sana is hypocrite and backstabber." - (sic)

Also Read: Bigg Boss 13: Siddharth Shukla To Be Thrown Out Of The House; #WeSupportSidShukla Trends On Twitter