Bigg Boss 13 contestants are all set to entertain viewers from today! As the viewers are aware, Ameesha Patel will be entering the Bigg Boss 13 house to spice up the show. Apparently, she will stay for a week as a 'maalkin' and assign special tasks to the contestants. But let us tell you that Ameesha wasn't the original choice of Colors!

According to a Spotboye report, the channel was keen on getting Murder actress Mallika on the show. A source told the entertainment portal, "The idea, though to be implemented for a short duration, was to get a Bollywood face who is not just hot and sexy but who can also set the stage on fire with her dance moves, additionally having quirkiness in her adaayein." Wondering what made the makers to rope in the Kaho Na Pyaar Hai actress for the show?

Apparently, Mallika Sherawat asked the channel a huge amount. Her team had a few meetings with the Colors' team, but nothing was materialised and, hence Ameesha bagged the offer!

Coming back to Bigg Boss 13 grand premiere, Ameesha made a grand entry and performed to Ram Leela's track. The actress had revealed in the premiere episode that she will be keeping a check on the contestants.

Ameesha will enter the Bigg Boss 13 house today and will be assigning a task to the contestants i.e., choosing the ration for their daily needs. She will be making them play a game - the contestants need to pass the items by mouth. This is not only an interesting task, but also a funny one! With this game, the contestants will definitely come closer.

Also, the viewers will witness the first fight in the house! Model Azim Riaz and actor Paras Chhabra will get into a major argument over Mahira Sharma's 'bhai' comment. 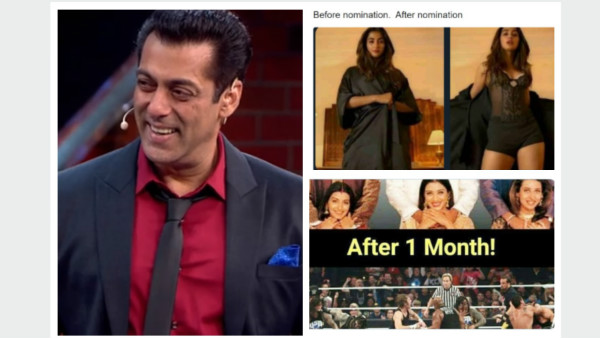