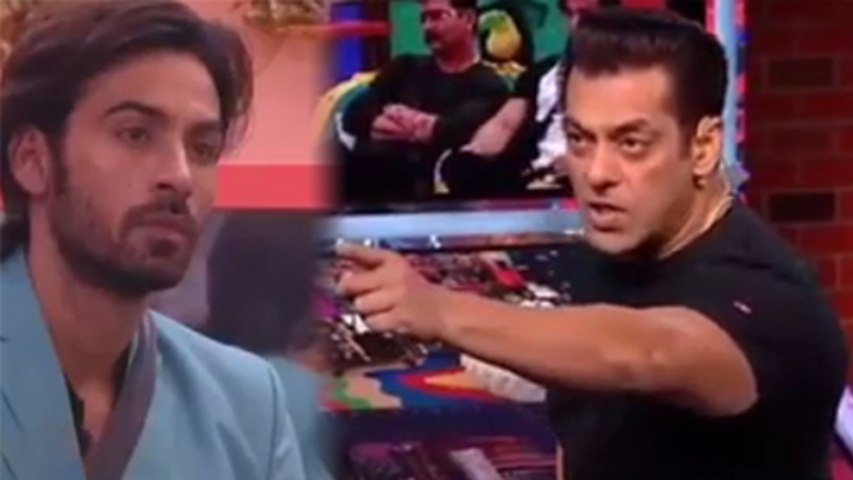 Bigg Boss 13's Weekend Ka Vaar episode, today will be interesting as host Salman Khan will be seen taking the contestants to task for getting physical and behaving aggressively. The Bigg Boss host will be seen calling them idiots and asking them if they are performing the task or showing the other contestants their strength. He also reveals that in just a day, six x-rays were taken and two contestants suffered fractures. He will ask Shehnaz Gill, Asim Riaz and Siddharth Shukla to pack their bags and will also be seen exposing Arhaan Khan.

Salman Khan Lashes Out At The Contestants

Salman Khan will be lashing out at the contestants for performing the task aggressively and hurting each other. He will ask Rashamai Desai (who suffered a hairline fracture) if she wants him to send all the contestants home. He asks Siddharth Shukla, Asim Riaz, Shehnaz Gill and Hindustani Bhau (who behaved violently) to pack their bags and leave the house. The main gate of Bigg Boss will be shown open for 10 minutes.

As per BiggBoss.tak's post, only Hindustani Bhau gets up to leave the house, but the housemates stop him. Also, Salman will be seen advising Shehnaz Gill. He tells her that everyone loved her when she entered the house, now she is creating a problem for herself by behaving violently/aggressively.

As we saw in the promo, Salman will be seen exposing Arhaan Khan. As per the video, the Dabangg actor makes a shocking revelation that Arhaan is married and has a kid! Apparently, Rashami is not aware of this and looks shocked. While Devoleena Bhattacharjee thanked Salman for telling Rashami truth, fans started a trend '#StayStrongRashamiDesai' on Twitter.

Rani Mukherjee will be gracing the sets to promote her upcoming film, Mardaani 2. She even asks Salman Khan about his promise of 'having a baby'. The duo will also be seen playing fun games on the stage.

Sonakshi Sinha, Saiee Manjarekar and Prabhudeva will be promoting their film, Dabangg 3 along with host Salman. Also, Nia Sharma, Jasmin Bhasin and Vijayendra Kumeria will apparently be seen promoting their upcoming show, Naagin 4. Bharti Singh, Haarsh Limbachiyaa and Salman Yusuff Khan will also be seen on the show.

Thank you @BeingSalmanKhan Sir.🙏🏻I cant be grateful to you more than this.Thank you for letting her know the truth🙏🏻