Looks like the Bigg Boss 13 makers are keeping a close eye on what people are thinking about Bigg Boss as Salman Khan took up all the issues that was raised on social media in yesterday's Weekend Ka Vaar episode. Issues like - Siddharth Shukla being targetted by all girls, especially Mahira Sharma; Shehnaz and Sid's broken friendship and Sana and Himanshi's controversy - everything were addressed by the host. Also, the elimination, which usually takes place on Sunday, was announced early! For those who missed the Weekend Ka Vaar episode, here's what happened!

The episode started with 'Paap Ki Potli' task, where the housemates were asked who between Mahira Sharma and Siddharth Shukla have committed more sins. Most of them voted for Mahira. Then Salman Khan was seen trolling Mahira saying that people are complaining that they have to mute the channel as (her) voice is loud.

Siddharth Is Running The Show

Salman was also seen taking contestants to task as they showed too much of aggression in the task. He also said that every week the contestants have only one complain and that's about Siddharth. He says that the show seems to be running because of Sid.

Mahira gets upset as Salman took Sid's side. She was seen crying, while Salman tells her that there's no reason for her to cry and she shouldn't give him stupid reasons for her actions.

Gautam Gulati called Sana and Siddharth and asked as to what happened to their friendship. While Sana says that she wants to patch up right away, Sid tells the reason why he was maintaining distance from her. He says that Sana is fickle-minded and was hurt when she took a U-turn (and went to Paras).

Salman takes Sana to task for fighting with Himanshi. He tells Sana that what she did (trolling Himanshi when her song released and dragging their parents) was wrong. He also said that it was one-sided controversy. He says that Sana needs to learn about fine line between comedy and rude behaviour.

Salman then announced about eviction. Initially, he teased Mahira, saying that she is eliminated. But later he announced that Tehseen Poonawala has been evicted. At the end of the episode, he also announced about the new entry and we get to watch glimpse of Vishal Aditya Singh's performance in the promo.

Meanwhile, viewers are not happy with the makers and Salman as they feel they are biased towards Sid and trended #biasedhostsalman, #BiasedBB and #IStandByMahira.

So, what do you think about elimination and yesterday's Weekend Ka Vaar episode. Hit the comment box to share your views. 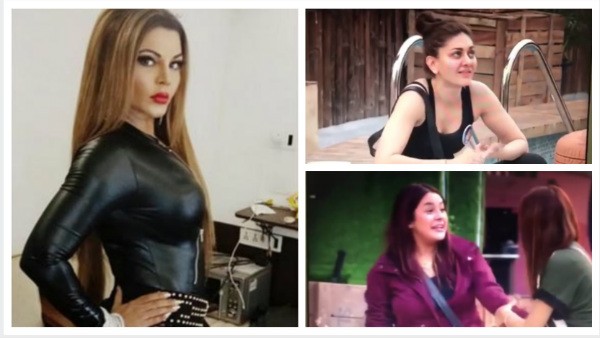