It's time for Bigg Boss 13's first Weekend Ka Vaar! Like always, Salman Khan will be seen taking the contestants to task based on their performances. The Dabangg actor will apparently be shooting for the weekend episode today. So as per Bigg Boss 'Weekend Ka Vaar' tradition, the first elimination is expected to happen this weekend! It is being said that Salman will be deciding the first elimination based on the contestants' performances.

It has to be recalled that as per the Bigg Boss 13 promos, Salman had revealed - Iss baar Bigg Boss tedha hai par mera hai (which means Bigg Boss 13 is his and twisted). So it won't be surprising if Salman decides the elimination.

No Elimination In The First Weekend?

Also, there are a few reports that there might be no elimination, as it is the first week. The voting lines are also closed. But, we can't say anything as of now, as Salman and the makers had indicated that Bigg Boss 13 is fast-paced. The first possibility, i.e., Salman deciding the elimination cannot be ruled out.

For the uninitiated, the first nomination task was held at the beginning of this week, where the girls were asked to give heart-shaped pillows to the boys - Siddharth Shukla, Paras Chabbra and Abu Malik. The boys, who get more hearts, had to decide whose heart they would accept or reject; and the girls, whose heart the boys rejected, would be nominated for elimination. As per the task, Paras Chhabra chose Mahira over Shefali while Siddharth chose Aarti over Devoleena.

Shehnaz played smartly and gave her heart-shaped pillow to Abu Malik as she knew no one would give it to him. Both contestants were saved. On the other hand, since Ameesha Patel, the maalkin, had given black hearts to Siddharth Dey and Asim Riaz, they are already nominated for eviction.

Well, if elimination happens, who do you think will leave the show first? Hit the comment box to share your views. 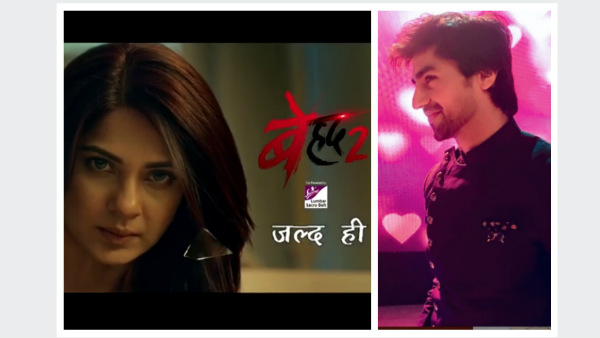