'You love them or hate them but you can't ignore them' - this quote best describes Indian television shows! Like every year, this year too many popular shows like Kundali Bhagya, Kumkum Bhagya and Yeh Rishta Kya Kehlata Hai impressed the viewers and continued to garner good TRPs. They were seen on top 10 slots on BARC/TRP chart. A few new shows like Choti Sarrdaarni and Yeh Rishtey Hain Pyaar Ke also surprisingly garnered good ratings. Take a look at a few shows that were seen on top 10 slots on the TRP chart.

Although during initial weeks, Colors' controversial show, Bigg Boss 13 didn't do well on TRP chart, it later went on to become superhit season, all thanks to the controversies that the contestants created in the Bigg Boss house. Apparently, the show has record-breaking 14 crore viewers.

Kapil Sharma and his team were back with a bang with the second season of The Kapil Sharma Show! The Show has been one of the top TRP garners. Recently, the team (which comprises of - Krushna Abhishek, Bharti Singh, Sumona Chakravarti, Kiku Sharda, Archana Puran Singh and Chandan Prabhakar) celebrated the success of the show by partying together.

Colors' new show Choti Sarrdaarni that stars Nimrat Kaur, Avinesh Rekhi and Anita Raj in the lead role is also one of the top 10 shows on the TRP/BARC chart. The unique story has impressed the viewers.

Amitabh Bachchan hosted game reality show Kaun Banega Crorepati 11 was also one of the most loved and successful shows, this year. The show opened with high numbers. The show which started in August, 2019, ended in November, 2019.

Other shows that have witnessed raise and fall in the ratings/positions on TRP chart are: Sony TV's singing reality show Indian Idol 11, Star Plus' dance reality show Dance Plus 5 and Zee TV's Tujhse Hai Raabta. 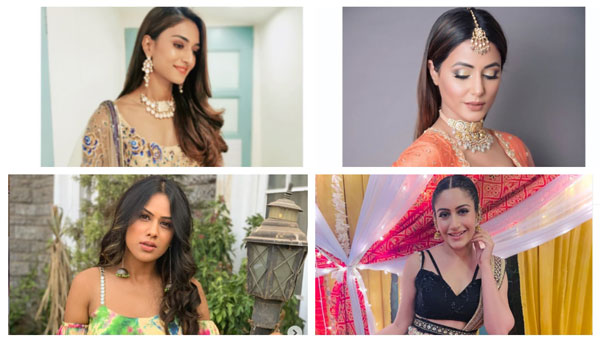