The makers of the controversial reality show Bigg Boss are all set to come up with a new season! Since the previous season didn't garner much ratings, this time, the makers are looking to pique curiosity with some interesting changes. As we had revealed earlier, there won't be any commoners this season and the reason for the same is celebrities refusing to share screen space with them (commoners) and also the commoners themselves, as they create trouble to the makers by entering the show with fake identities.

We had also revealed that Season 13 will be shot in Mumbai and not Lonavala, because of Salman Khan's film Inshallah. Also, the Marathi Bigg Boss house will be modified for the Hindi version. Here are a few more important details about the upcoming season!

Theme Of The Show

If you remember, the last season had the theme 'vichitra jodis'. As per the latest report, the theme of this season will be a mix of horror and drama! According to Latestly report, the discussions about the same are still on and there are chances that horror will be the new theme.

Horror Is The Theme Of Bigg Boss 13!

A source was quoted by the entertainment portal as saying, "Horror is the theme that is being discussed as of now. If things work out then that will be the theme of this season. But the makers are yet to lock it in."

We had reported that Jay Bhanushali, Mahhi Vij and Vivek Dahiya, who were approached, had refused to participate. It is also being said that Tik Tok celebrities might be invited to participate.

It is being said that the makers are keen on getting Yeh Hai Mohabbatein actor Karan Patel on board. As per the entertainment portal's report, "The makers really want Karan to come on the show. When he came on the show during the last season, his appearance was immensely loved by the show's audience. His honest no-nonsense attitude on the show was loved by everyone." But Karan has refuted the reports saying no one has spoken to him regarding the same!

There are also reports that Bollywood actress and Salman Khan's Veer co-star Zareen Khan has been approached to participate in the controversial show. It has to be recalled that Zareen had lashed out at Hina when the latter made ‘bulging' comment. She had even called Hina, fake! It will be interesting if the actress participates. 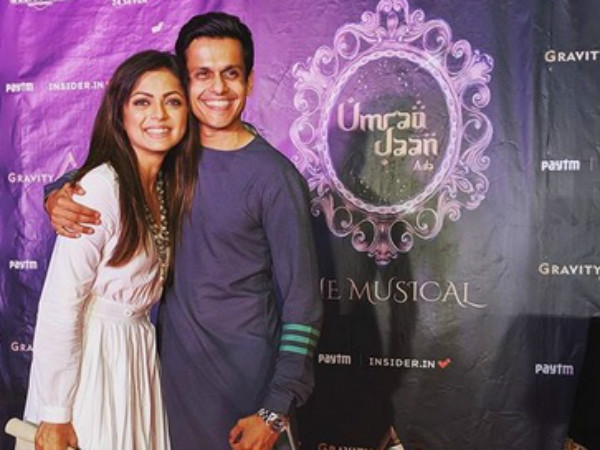 Most Read: Drashti Dhami-Neeraj's Love Stood Test Of Time; The Actress Was Linked With Popular Stars!