Bade Ache Lagte Hain actress Chahatt Khanna has been hitting headlines for her separation with her husband Farhan Mirza. On the eve of Holi, the actress experienced a horrific incident. Apparently, the actress was travelling in her car with her kids when 14 drunk men attacked and harassed them. The actress narrated the entire incident to Spotboye. She revealed that her kids are in state of shock and they won't forget this throughout their lives.

Chahatt was quoted by the entertainment portal as saying, "Last evening around 7 pm, I was travelling in my car with my kids, maid and staff and suddenly, a car banged my car from behind. It happened at S V Road, Malad."

The Actress Narrates The Horrific Incident

"My driver braked and we were all thrown forward. I looked behind and saw 6 burly men getting down from the car. 4 bikes carrying 8 more men were right with the car, one on either side. So, 14 men in all."

Kids Were Scared & Cried Throughout The Ordeal

The 14 men started banging the door and abusing them. Her driver froze and kids got scared seeing them and were crying throughout the ordeal. She added, "Soon, they were on the bonnet of my car and even on the roof, dancing and singing. It had now gone wild."

After the actress forced the driver to move, the driver managed to start the car. But, the men followed their car. The actress reveals that she even got down the car to confront them. But the men were high on bhaang. She called the police and was even about to call the local MLA, by then cops arrived. She added, "Had they come 5 minutes later, I don't know if I would have been alive."

Will The Actress File A Complaint?

She reveals that the men tried to escape, but she identified and handed them to the cops. She further added, "I was asked if I was interested in filing an official complaint, but I just wanted my kids to reach home safely and so I chose to go home instead. I don't think they will forget this incident throughout their lives." 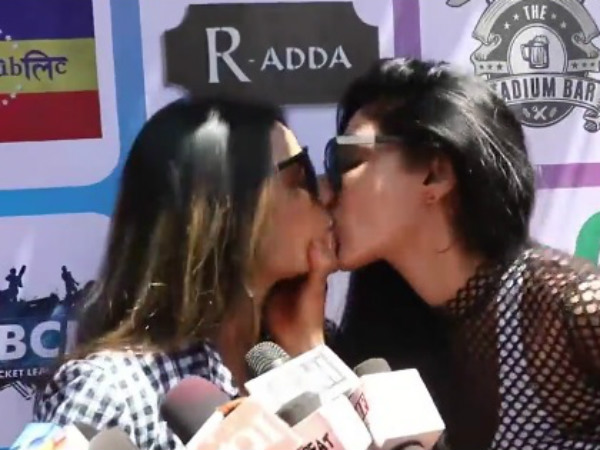