Mere Angne Mein and Karn Sangini actress Charu Asopa and Sushmita Sen's brother Rajeev Sen have been dating each other since a while! The couple made their relationship official a month ago. A week ago, the lovebirds got married in a court before their Goa wedding. Regarding the wedding, Charu told BT that it will be destination wedding will have a limited gathering. A couple of days ago Sushmita Sen with her family flew to Goa.

The pre-wedding festivities have already begun. The engagement ceremony was followed by mehendi and sangeet on June 15. The couple will be exchanging vows today (June 16) in traditional Hindu ceremony.

The engagement ceremony an all-white affair, as Charu had always dreamt of having a white wedding. It was Christian-themed engagement and as she wished, Charu wore a white gown, while Rajeev wore a white suit.

Sharing a video and picture from the engagement, Rajeev captioned, "i love you for a 1000 years & beyond ❤️💍 #rajakibittu #engagement," "She never gave up on me , i never let go of her .. 💍💍 #Rajakibittu."

The costumes of their wedding festivities were colour-coordinated. At the mehendi ceremony, Charu looked gorgeous in a beige-colored, sequinned lehenga, while Rajeev looked dapper in a beige-coloured kurta. 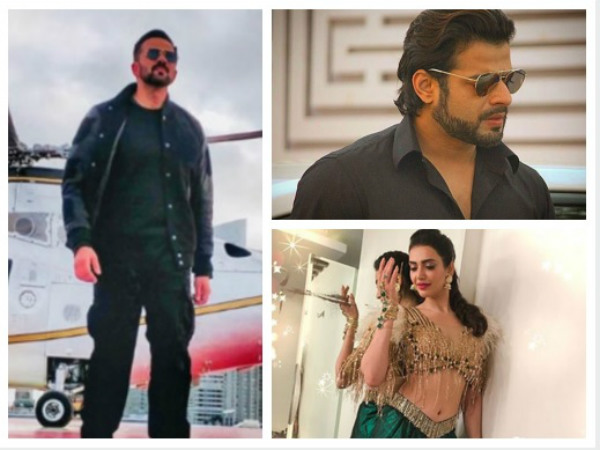