Television actress Charu Asopa and Sushmita Sen's brother Rajeev Sen, who were dating since a while now, got married last week in court. The couple flew to Goa for their lavish destination wedding along with their families. We had recently reported about the pre-wedding ceremonies - engagement, mehndi and sangeet - that were held on June 14 and 15. The engagement ceremony was an all-white affair. It was a Christian-themed engagement. The haldi ceremony was held just before the wedding.

The couple finally tied the knot yesterday (June 16) as per Rajasthani tradition. Charu made for a gorgeous bride in a red-coloured lehenga, while Rajeev looked handsome in a white kurta, red shawl and a cream-coloured pagdi.

The Newlyweds Pose With Their Friends

Rajeev's sister Sushmita Sen was seen posing with the newlyweds along with her daughters Renee and Alisah Sen and boyfriend Rohman Shawl. They were all seen colour coordinated and were all smiles.

Sharing a few pictures from the wedding, Rajeev wrote, "Just got married to the person i love & respect from my heart .. Sen family ❤️ #lifeline #rajakibittu forever." Looking at the picture, it seems like they followed Bengali tradition as well! 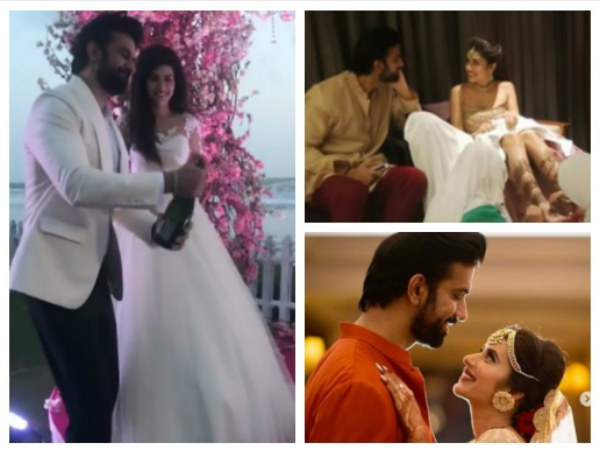