Dipika Kakar is one of the most talented and beautiful actresses in the television industry. The actress became a household name with her role of Simar from the show Sasural Simar Ka. She went on participate in the controversial reality show Bigg Boss 12 and even bagged the trophy. She is married to her SSK co-actor Shoaib Ibrahim. Currently, she is seen in Star Plus' show Kahaan Hum Kahaan Tum opposite Karan V Grover, in which she plays the role of an actress Sonakshi. Her performance is being appreciated by viewers.

The actress is ringing in her birthday today (August 6). On this special occasion, we bring you some lesser-known facts about the birthday girl.

Dipika Kakar belongs to the Indian Army background. Her father was in the Army and was posted in parts of Bihar and UP. She has two elder sisters. The actress completed her school level exams conducted by the Central Board of Secondary Education (CBSE). She finished her graduation from Mumbai.

She Worked As An Air Hostess

Before entering showbiz, she joined Jet Airways and worked as an air hostess for over three years. Due to health issues, she quit the job and joined the entertainment industry.

She made her debut with the show Neer Bhare Tere Naina Devi in the year 2010. She also did a small role in Zee TV's popular show, Agle Janam Mohe Bitiya Hi Kijo before getting her big break with Sasural Simar Ka.

The actress met her current life-partner on Sasural Simar Ka sets! She got married to her co-actor Shoaib Ibrahim in 2018 and converted to Islam. She changed her name to Faiza. Earlier, she was married to a pilot, which didn't work out.

Dipika was part of SSK for five long years. She participated in dance reality shows like Jhalak Dikhhlaa Jaa 8 and later Nach Baliye with her boyfriend (now husband) Shoiab Ibrahim. She was also seen on shows like Entertainment Ki Raat and Qayamat Ki Raat (cameo).

Dipika celebrated her birthday with husband Shoaib and family. The actress shared a video and picture on her Instagram account.

I love you ❤️ @saba_ka_jahaan

I am lucky enough to fallen in love with my best friend... so as u turn a year older, i just want to say how happy i am that you are mine!! You complete my world. Love you.. happy birthday bachcha ❤️ @ms.dipika 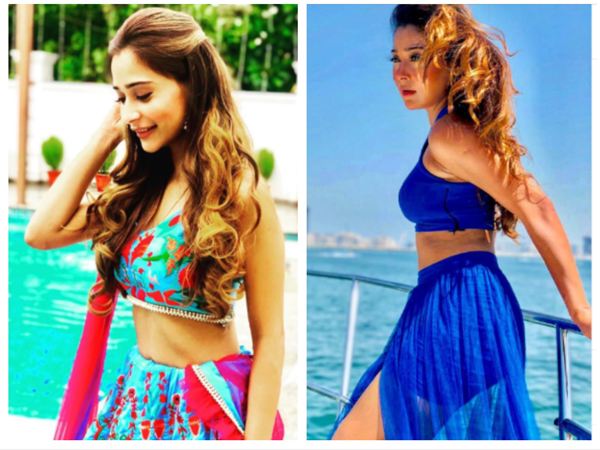 Most Read: Happy Birthday Sara Khan! These Pics Prove That Sara Can Rock In Both Modern & Traditional Attires