Drashti Dhami is one of the gorgeous and talented actresses in the television industry. She has a great fan following thanks to her shows like Geet and Madhubala. It has to be recalled that Drashti debuted in Dill Mill Gayye. The actress became a household name with her role Geet from Geet Hui Sabse Parayi. She later on went on to do many shows like - Madhubala Ek Ishq Ek Junoon, Ek Tha Raja Ek Thi Rani and others, which were also successful. Before doing the television shows, the actress did music videos.

In a throwback interview to Eastern Eye, Drashti Dhami had revealed how she bagged first show. She also revealed that she never wanted to do Geet, which was one of the popular shows of Drashti. Read on to know more!

When asked whether she wanted to become an actress, Drashti said, "Honestly I never really thought about acting as a kid. I first wanted to become an air hostess, then a choreographer. Then my mother thought I should become a psychiatrist or IAS officer, and I was like really?'"

How She Bagged Music Video & Ads!

"When college was over my friend started going to auditions. I went along with her and got selected for an advert. Then I did a music video and more ads. After that there was no looking back."

The actress revealed how she bagged the first show. She told the entertainment portal, "I got a call for a show, but thought I would become a slave to TV because they were like 22 hour working days. You'd have no life etc. But I went for the Dill Mill Gayye audition and was selected."

"With Dill Mill Gayye, it was just following the director and not having my own say in things. I think Geet is when I realised I couldn't do anything better than acting. When I did Madhubala I was like bang on, I can't do anything besides this now."

When asked whether she imagined that Geet would become an iconic show, she said, "I never thought it would become so big. In fact, I never wanted to do Geet because that was my first show as the main lead. I went for the audition, but left halfway."

She Had Asked Director to Replace Her On Geet!

"Nissar had directed me in Dill Mill Gayye and called me for Geet. I left crying and said: I can't do this. I'm not meant to do main leads, give me some sister role in the background'. He calmed me down. I went for the audition again and got the lead. For the first week, I used to cry every day after every shot. I was like: You should replace me'."

‘It's A Blessing That People Loved The Show’

Nissar had faith in me, but I didn't have faith in myself. Then after four months, we watched a scene together and he said: Do you think anyone can play this character better than you'. I was like: No'. I was surprised Geet got so much appreciation. It's a blessing that people loved the show.

When asked what her fondest memory of Madhubala is, she said, "There are so many great memories from that show, but one scene in particular that is a favourite is the first time RK leaves me. I was in shock. I suddenly came to my senses and started crying. That was the best seen by far I did in that series." 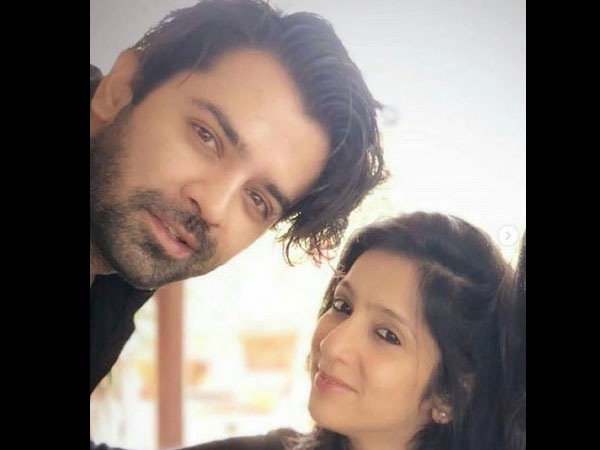