The fourth phase of Lok Sabha election was held today (April 29, 2019) in over 9 states and Mumbai was one of them. Celebrities from entertainment industry stepped out with their family members to cast their vote. Divya Drashti actors, Ekta Kapoor with her father Jeetendra, Kratika Sengar and family, Surbhi Chandna, Somya Tandon with her mother, Drashti Dhami and her husband Neeraj Khemka headed to the polling booth to cast their ballot. The actors also took to social media and shared pictures of their inked fingers. They also appealed their fans to vote. Take a look at the pictures!

Drashti shared a selfie and wrote, "तुम्हीं वोट कर्ल की नाहीं !!!! ☝🏿#loksabha2019." She also reshared Jaisheel Dhami's picture in which she was snapped with her husband Neeraj and wrote, "Before and after"voting " Election Day you "vote" because it is a trust which is more delicate than any other ; it involves not just interest of a citizen but his life , honour and future as well."

Ekta Kapoor With Her Father

Ekta shared a picture snapped with her father Jeetendra and wrote, "Customary voting selfie!! ( my mom of course avoided. D pic not d voting ) we r wat we r because of this democratic nation! Vote wisely !!!"

Tejasswi Prakash, who plays the role of Mishti on Silsila Badalte Rishton Ka, captioned a picture, "Voting is our power..#govote #please #pride."

Kasam Tere Pyar Ki actress Kratika Sengar captioned a picture as, "I Did my bit. .. Hope u all did yours...#vote #votekarmumbai #voted #jaihind."

Karanvir Bohra Irked As His Name Was Not On The List

Karanvir Bohra who was irked as his name was not on the voting list. He shared a video and wrote, "This was a crazy experience.... Finally my name was on the list....Everyone pls check, if your name is not in the list outside.... It must be inside.... Like mine.#VoteKar #votyoumust #voteindiavote."

This was a crazy experience.... Finally my name was on the list.... Everyone pls check, if your name is not in the list outside.... It must be inside.... Like mine. #VoteKar #votyoumust #voteindiavote 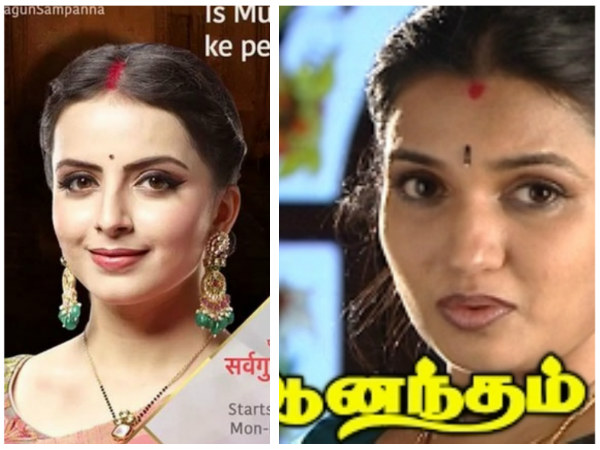