Ekta Kapoor never fails to amaze the viewers with her shows! This time too, the producer is back with the fourth season of the most popular supernatural show, Naagin. She teased the viewers with Naagin 4's promo and fans are super-excited. She captioned the video, "#NAAGIN4 ....TEASER 🐍🐍🐍🐍🐍🐍🐍🐍Aaj #bigboss aur bahut jald #nagin4 .... only on @colors #colorsweekendgetsgoingagain." - (sic)

In the promo, two naagins can be seen taking the responsibility of saving the 'nagmani' from the evil forces. The naagins will be seen offering prayers to Lord Shiva. As soon as Ekta shared the video, fans started suggesting names for the new naagins.

Fans Guess The New Naagin To Be Krystle D'souza

A few of them wanted Hina Khan as one of the naagins, while a few wanted Surbhi Jyoti or Mouni Roy. Some of them even guessed one of the new naagins to be Krystle D'souza. A user wrote, "Krystal and hina🔥🔥," another user commented, "One naagin is @krystledsouza 🙂" - (sic)

The viewers also wanted Pearl V Puri and Rajat Tokas as the male leads. The users commented, "@ektaravikapoor we want pearl vpuri in naagin4 as male lead," "We want behir...😘😘😘 N can't wait for the new season of nagin...😍😍😍," "We want rajattokas aslead..otherwise @muktadhond@chloejferns@ruchikaakapoor don't take him as side character like VIKRANTH he deserves more than it.u all know about RajatTokas caliber.Please bring back him as lead in show or webseris#rajattokasontv v fans are miss him so much.." - (sic)

It has to be recalled that the makers are hunting for new actresses to play the role of naagins. It was said that Drashti Dhami, Nia Sharma and Jasmin Bhasin were considered for the show.

Is Puja Banerjee, The New Naagin?

As per a Spotboye report, although there have been many hot contenders for this role, currently Puja Banerjee is leading by a decent margin. The actress has not signed on the dotted line as Ekta is yet to make a final decision. 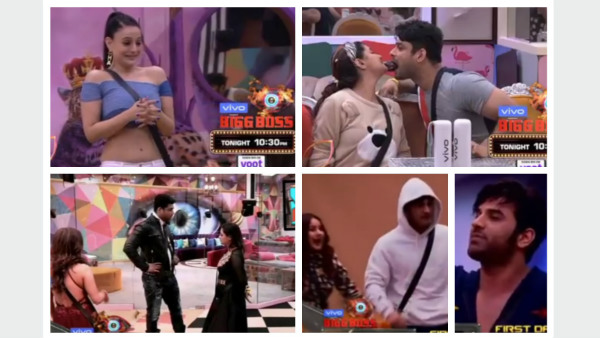