Erica Fernandes, who got popular with her role of Sonakshi on Sony TV's show Kuch Rang Pyar Ke Aise Bhi, is currently seen on Star Plus' Kasautii Zindagii Kay 2. While the actress was paired opposite Shaheer Sheikh on KRPKAB, she is paired opposite Parth Samthaan in KZK 2. It has to be recalled that there were rumours of reel life couple Erica and Shaheer turning into real life couple. But both the actors refuted the rumours. Now that she is being paired opposite Parth on KZK 2, her chemistry with the actor is being loved by the fans.

The actress got into trouble as she was asked to choose one among the two actors - Parth and Shaheer. Read on to know more!

Erica is active on social media and she keeps her fans updated. She also chats with her fans whenever she gets time. Recently, she asked fans to shoot questions with #AskEJF on Instagram, which she usually does!

Erica’s Fans Asked Her To Choose Between Parth Or Shaheer

Erica's fans asked her questions like her favourite food, does she like surprises, whether she will play BCL (Box Cricket League) this time and others. But one of the fan's questions put the actress in dilemma. The fan asked, "Parth or Shaheer, more complementing co-actor?"

Erica really got confused and couldn't choose one! She safely played with the question. Sharing a picture of Friends actors Mathew Perry (Chandler) and Matt Le Blanc's (Joey) pictures and wrote, "Both are different personalities, you can't compare them. Both are good in their own way." Well, that's a smart reply!

Are Erica & Parth In Love?

Meanwhile, there are reports that Erica and Parth's bond on the show is getting stronger. As per Spotboye report, the two are more than friends. It is also being said that both have probably developed romantic feelings for each other! 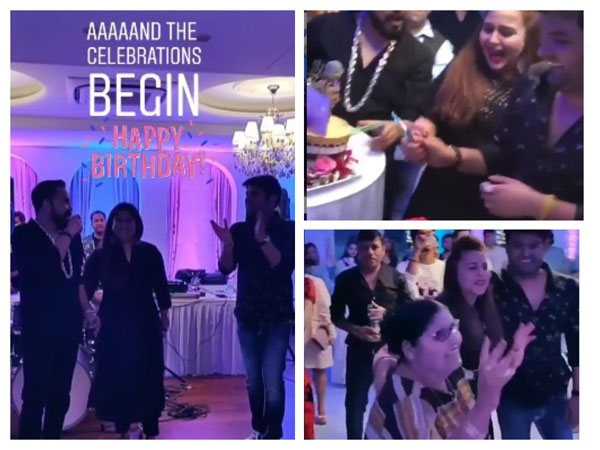