Komolika aka Hina Khan's role will end on Kasautii Zindagii Kay 2 for time being! According to the reports, Komolika will be seen committing suicide. If we are to go by the latest spoiler, Komolika fakes her death and will be trapping Anurag as she doesn't want to see Prerna and Anurag together. Recently, Hina shot for her last episode. She is going on a break from the show as she has prior work commitments. The actress had a mini farewell from the team. The team bid goodbye to Hina and wished her luck for Cannes. They also hope to see her soon on the show.

It has to be recalled that there were reports that Hina and Erica do no share great bond on the show. Well, the girls had proved earlier that there is nothing as such between them! But now, Erica has clarified with her latest post that they indeed were bonding well since last few days. Take a look.

Erica shared a few pictures from the party and wrote, "I know i am late as always! But for me this wasn't a farewell , it was us wishing you all the luck and love for whatever you choose to do ahead @realhinakhan . Our wishes , blessings and support will always be there with u . Its a shame that we grew close in the last few days of you being with us in the show."

Erica Hopes To See Her Soon Back!

Hina further wrote, "Better late than never sweetheart.. time is the ultimate truth teller.. ain't no shame.. #DeepDownWeAllKnow thank you so so much for all your wishes and yes it's just the beginning.. #AbhitoPartyShuruHuiHai #FriendsForLife sheeee yaaaa."

Hina had also shared video in which she was seen cutting a cake, while Erica and Parth smeared the cake on Hina's face. Recently, the girls - Hina, Pooja and Erica also had swimming session! The girls had posed together. Well, this proves all is well between Hina and Erica and indeed the girls were bonding but Hina had to leave.

We hope to see Hina soon on Kasautii! What say, guys? Hit the comment box to share your views. 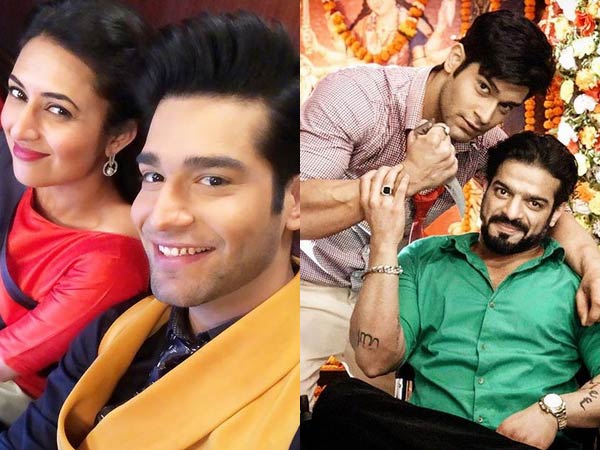