From Yeh Rishta Kya Kehlata Hai to Kasautii Zindagii Kay 2, Hina Khan has come a long way. The actress made the television industry, fans and family proud by making her Cannes debut. The actress dazzled the Cannes Films Festival red carpet in a shimmery silver see-through floor length gown with plunging neckline. She also unveiled the poster of her debut film Lines at Cannes.

Star Plus' Yeh Rishta Kya Kehlata Hai that stars Mohsin Khan and Shivangi Joshi in the lead roles, has been one of the longest-running Hindi TV shows after CID. The show, which premiered its first episode on January 12, 2009, completed 10 glorious years, last year (2019).

For the first time in 13 years, the makers extended Bigg Boss for five weeks. The makers introduced unique format of four-week finale after which half of the housemates were replaced by new wild card contestants.

Prince Narula Becomes The Only Person To Win All Reality Shows

Prince Narula and Yuvika Chaudhary bagged Nach Baliye 9 trophy. This made Prince, the only person in the Indian reality TV format to have won all the shows he has participated in! For the uninitiated, the actor won MTV's Roadies and Splitsvilla in 2015, and Bigg Boss 9 (2016).

Mumbai's dance group, V Unbeatable entered America's Got Talent finals in September 2019. Although the group made their way to the finale and gave jaw-dropping performance, they lost the final battle. 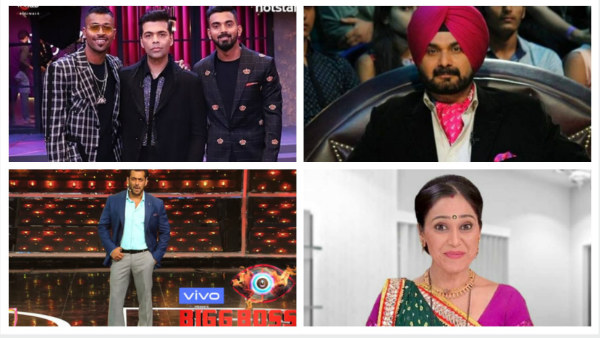