Gul Khan is one of the finest producers in the television industry, who has given best shows like ISS Pyaar Ko Kya Naam Soon, Qubool Hai, Ishqbaaz, and even web series like Tanhayian. Since sequels of the cult shows have become a trend now, fans have been eagerly waiting for the second seasons of the above-mentioned shows. Also, since a few fans were upset because of the closure of their cult serials like Ishqbaaz and IPKKND, they had started hashtag campaigns, demanding the makers to bring back their favourite actors and jodis with new seasons.

There were also reports that 4 Lions Films will make a comeback with the new season of Arjun 2, IPKKND 4 and other shows. Also, a few reports suggested that Gul's on-going show, Kulfi Kumar Bajewala will take a leap! But the producer took to social media and denied all reports.

Gul shared a note which read, "As of now, we are not working on Arjun 2, IPK 4, Qubool Hai 2, Tanhaiyaan 2, IB 2. Kulfi leap is not happening for now! And currently we are not repeating any of our lead actors! Future what will happen, only God is aware, not me." - (sic)

She captioned the note, "That will save everybody a lot of energy." Kunal Jaisingh who was seen in Gul's Ishqbaaz, joked, "Hahaha oh damn i was just about to call you to see if you have work for me 😂😂😂," to which the producer replied, "@kunaljaisingh 🤣🤣🤣 too cool KJS." - (sic)

A Few Users Felt Gul Khan Was Rude To Fans

While many laughed at Gul's announcement, some felt it was rude to respond in such a way. The producer gave it back to such users/haters like a boss. One of the users wrote, "Well done👏👏👏(slow claps) I think the leads of these popular shows have better work to do than your serials...this was very rude to tell us this is not happening 🙄🙄🙄🙄," to which Gul replied, "@miss_frolic yes I am sure they do ! So be happy for them na instead of writing here 🤣🤣🤣🤣 pls go write there !." - (sic)

Another user commented, "Rude you guys 👎👎👎 making fun of fans emotions ...may Allah punish you 🙏," the producer replied, "yeah sure that's what Allah is waiting for ! To read your insta comments 👏👏👏👏👏 brilliant !!!." - (sic) 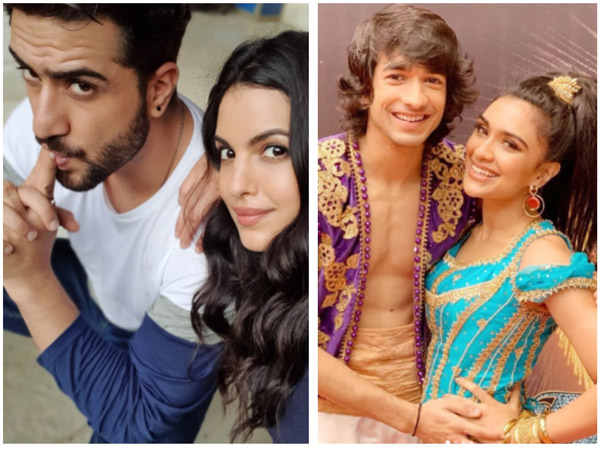 Most Read: Aly Still Has Feelings For Natasa; Did Shantanu-Nityami FAKE Their Relationship For Nach Baliye 9?