Harshad Chopda and Jennifer Winget are one of the favourite jodis in the television industry, thanks to the show Bepannaah, in which they played the role of Aditya and Zoya. The viewers loved their on and off screen chemistry and even nicknamed them as AdiYa (on screen names) and JenShad (real names). The show was shut down and the sudden ending was not loved by the fans. Although both the actors meet along with other friends and share pictures on social media, the fans want them to be seen on some show! They have also been demanding for Bepannaah 2 with the same cast!

We bring you a throwback interview - a rapid-fire round - with entertainment portal TellyTalkIndia, Harshad Chopda and Jennifer Winget revealed their favourites. Take a look!

While Harshad revealed that his favourite actors are Salman Khan and Jennifer Winget herself, Jennifer revealed her favourites are Amitabh Bachchan and Alia Bhatt.

In food, Harshad likes anything veg, while Jennifer says that she loves Pani Puri, Gulab Jamun and Samosa.

When asked about their favourite subjects, both had opposite views! While Harshad loved Math and hated History, it was vice versa for Jennifer.

When asked what they love to do in free time, Jennifer replied that she loves to sleep, while Harshad said, ‘Nothing'!

The Duo’s Strengths & Their Relationship Status

While Jennifer says that Harshad's biggest strength is his honesty, the actor reveals Jennifer's strength is that she knows what she doesn't want to do. The duo also revealed that they are single!

What Harshad & Jennifer Hates About Each Other?

When asked what is that Harshad hates about Jennifer, she revealed that he doesn't hate anything about her, while Harshad (jokes) feels that Jen hates many things about her!

JenShad Are Blessed To Have Amazing Fans

At the end of the rapid fire round, Jen and Harshad thanked fans for their constant love and support and said that they are lucky and blessed to have such amazing fans. 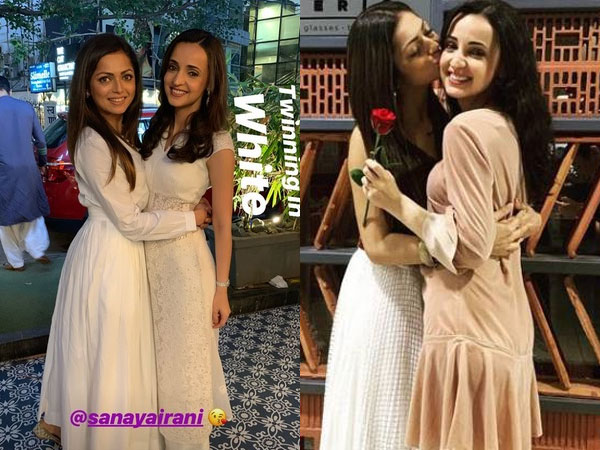 Most Read: These Pictures Of BFFs Drashti Dhami & Sanaya Irani Will Give You Major Friendship Goals!