From Jennifer Winget, Surbhi Chandna to Hina Khan and Erica Fernandes, many actresses have impressed the viewers with their acting skills, gorgeous looks and cool attitude. These actresses are ruling the television industry. Times released the 20 Most Desirable Women on Hindi Television 2018. Well, there is no surprise that Hina Khan tops the list! The actress made her mark with the show Yeh Rishta Kya Kehlata Hai. She quit the show and surprised her fans by participating in two big reality shows - Khatron Ke Khiladi and Bigg Boss. Post her Bigg Boss stint, there is no look back. The actress is super busy attending events and with her show Kasautii Zindagii Kay 2. She will soon make her debut in Bollywood as well as Cannes Film Festival.

Read on to know what Hina has to say and check out the 20 Most Desirable Women on Hindi Television 2018!

Hina Khan Is Most Desirable Woman On TV

When asked as to how she feels being on top of the list, Hina said, "It's a nice feeling as I'm not just being rated on the basis of looks. After all, being desirable is an emotion that drives us as human beings. Our passions make us the person we are today. I'd like to look at this title as an opportunity to inspire and be a better version of myself."

The diva of television, Jennifer Winget has impressed the viewers with her gorgeous looks and acting skills on shows like Dill Mill Gaye, Saraswatichandra and Beyhadh and Bepannaah. The actress has bagged second place.

Erica Fernandes, who is at the third place, made her television debut with Kuch Rang Pyar Ke Aise Bhi in which she played the role of Dr Sonakshi. Currently, she is seen in Kasautii Zindagii Kay 2, in which she plays the role of Prerna. In both the show, her chemistry with her co-actors - Shaheer Sheikh and Parth Samthaan was loved by fans.

The hot and sexy actress Nia Sharma, who impressed fans with her role Roshni in Jamai Raja, is at fourth place, while Ek Hazaaron Mein Meri Behna Hai actress Krystle is at fifth place.

The sixth is occupied by Surbhi Jyoti, who had impressed the fans with her shows Qubool Hai. She was seen in Koi Laut Ke Aaya Hai which got lukewarm response. Currently, she is seen in Naagin 3 as Naagrani. Her glamorous looks and chemistry with Pearl V Puri have wowed the fans.

The seventh most desirable woman 2018 is Shivangi Joshi, who is seen in Yeh Rishta Kya Kehlata Hai as Naira, has impressed the viewers with her simple looks on the show. Her chemistry with Mohsin Khan is also one of the reasons why she has made it on the list.

While Bahu Hamari RajiniKant's Ridhima Pandit is at eighth place, Sonarika Bhadoria, who was seen on Dastaan-E-Mohabbat: Salim Anarkali and Ishq Mein Marjawa is at ninth place. Adaa Khan, who impressed the viewers on Naagin and is currently seen in Vish Ya Amrit - Sitara is at tenth place.

Bigg Boss contestant Srishty Rode is at 11th place. The actress won hearts of viewers with her fashion sense and gorgeous looks. She is apparently dating Rohit Suchanti.

Surbhi Chandna, who impressed the viewers with her role of Anika on Ishqbaaz, is at 12th place. The actress' chemistry with Nakuul Mehta is loved by the viewers, which is another reason why she has made it on the list. 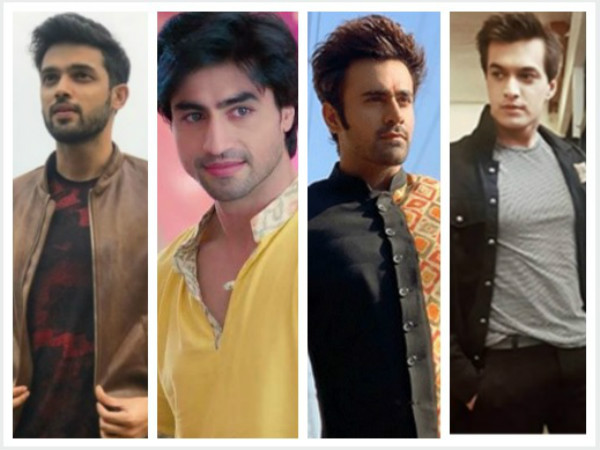 Most Read: Not Parth Samthaan Or Harshad Chopda, This Actor Is Most Desirable Man Of Television!