Hina Khan is on cloud nine after bagging two big awards at the recently held awards ceremony. The actress bagged Best Actress Negative Role Jury and Popular Choice Awards for her amazing performances (Komolika) in Kasautii Zindagii Kay 2. The actress is super busy as she has many projects lined up, especially Bollywood films! Because of which there are rumours of her quitting the Star Plus' show! In a recent interview to HT, the actress spoke about films and rubbished the rumours of her being replaced on the show.

As we revealed earlier, Hina has bagged Vikram Bhatt film. Regarding the same, the actress told the leading daily, "Vikram is a wonderful narrator and a person. We had a long chat about the film and we were clear about what to expect. I love the concept of the film and even heard some of the music, which is mind blowing. And he is excited and keen about having me on board, which boosts my morale. I feel lucky to have got this film."

The actress reveals that she is not after glam roles. She said, "I want to do good commercial films and good realistic roles, too. I am not focussed on only being a heroine but I want to play different kind of roles. Mere andar acting ka keeda bahut zyada hai."

‘I Have A Dream To Work With Imtiaz Ali & Vishal Bhardwaj’

"I won't worry about big or small roles, glamorous or not, as glamour kahin nahin jayega. I am not after glamorous roles. I want to act. You have to prove yourself and that can happen only when you perform on screen. I have a dream to work with big directors like Imtiaz Ali and Vishal Bhardwaj."

The actress will start shooting for the film in June. She also has an international film lined up, which she will do post film's shoot. Because of her film commitments, there are reports that that actress has quit the show. Regarding the same, Hina clarified that the actress hasn't quit the show.

She was quoted by the leading daily as saying, "I have not quit the show. I am taking a break post March for my films. I have heard rumours that I will be replaced in the show but when I asked the makers, they said they can't think of replacing me."

‘I Feel Lucky To Be So Loved’

"I feel lucky to be so loved and accepted by the audience in this new role. I have worked so hard on the character's look and performance. I will be free in September and if I don't have any other project in hand, then I would love to come back to the show." 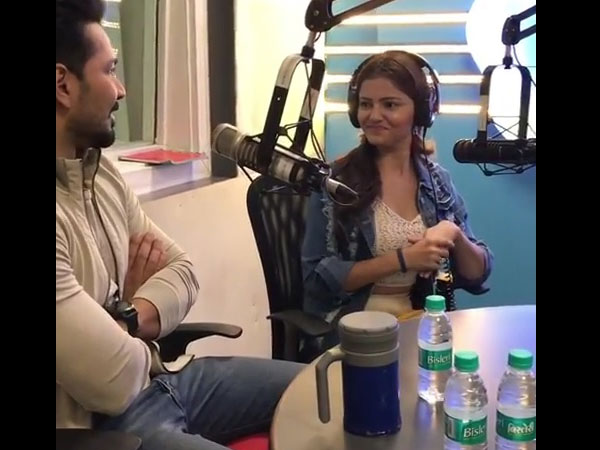 Most Read: Rubina Dilaik Gives Befitting Reply To Trollers Who Asked Her To Stop Singing; Abhinav Supports Her!