Recently, Indian Idol 11 grabbed headlines as a contestant kissed judge Neha Kakkar forcibly. The makers of the show released the promo on social media. Many fans were concerned about Neha and asked her to be careful about her crazy fans. But a few slammed the show and accused the makers of staging the drama for TRPs. They even asked the makers the reason behind playing the particular promo repeatedly despite knowing Neha might get embarrassed. Now, the host of the show, Aditya Narayan has reacted to the same.

When Aditya was asked about the same, he told TOI, "When you are on TV and anything which is not regular, people call it drama and for TRP. I am an employee of the show. Only what I do on the show is in my hands... to an extent. This is a marketing call and I don't know who have taken this call or who is responsible. I didn't even know the promo was played on TV. As far as sensationalizing this for TRP... let me clear - No, Indian Idol is not a show where you need to sensationalise such a matter for getting ratings. You have good talent and that alone should suffice to make the show a success." - (sic)

Regarding the incident and the contestant, the singer said, "It was shocking. You don't expect such an incident to happen. Our first reaction was to get him away from Neha Kakkar. I don't know if the makers have taken any action against him. As a host at that moment, I tried to safeguard Neha. What happens next is not in my hands."

The Contestant Had Neha Kakkar's Name Tattooed On His Hands

Aditya revealed that they can't foresee such things and it's not a normal thing. He added that judges had come to the stage many times and he is sure that the guy didn't mean it in an inappropriate way. The singer feels that since the contestant had Neha Kakkar's name tattooed on his hands, he must be in immense love with her and added that they need to make them aware of where to draw the line.

‘It Was Just A Peck On The Cheek’

Aditya further said that, thankfully, it was just a peck on the cheek; else the contestant would have faced dire consequences. He also added that the guy was lucky as Neha, being a kind woman, didn't take it in an inappropriate way.

He further added, "But of course, we will be careful. Neha is not just important to our show, she is one of the leading female singers of our country. Any women, we have to be careful about everything and anything." 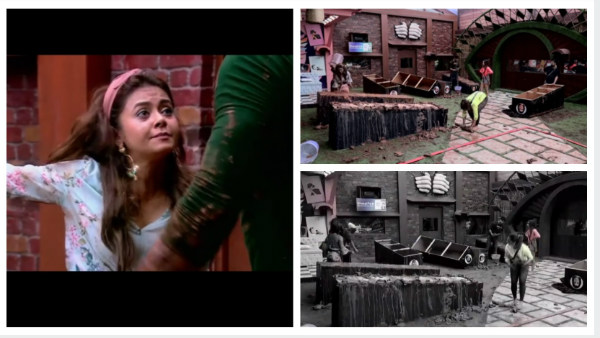