The 15th edition of Indian Telly Awards 2019 was held yesterday (March 20) at Hotel Sahara Star, in Mumbai. The award ceremony was hosted by Nakuul Mehta, Karan Tacker, Gunjan Utreja and Meiyang Chang. It was a star-studded affair as who's who from the television industry graced the ceremony. Yeh Hai Mohabbatein's Divyanka Tripathi, Bepannaah's Jennifer Winget, Kasautii Zindagii Kay 2's Parth Samthaan-Erica Fernandes and many actors bagged awards. A few actors Nakuul Mehta, Hina Khan, Adnan Khan and others took to social media and shared the awards. Take a look!

Sharing the picture snapped with the award, Nakuul wrote, "🎵This is not a, this is not a Swan, swan song...🎵..Won the Best Actor - Popular at the #IndianTellyAwards2019 for #Ishqbaaaz. Can't think of a better farewell for everybody who has invested their life & blood into this baby of ours. Gargantuan gratitude ❤️" - (sic)

Nakuul Mehta shared the picture snapped with Kunal and captioned it, "With my brother celebrating our wins. His more than mine! @kunaljaisingh." Kunal reshared the picture and wrote, "Love you bhai you are my inspiration really..." - (sic)

Hina Khan bagged two awards - Best Actress Negative Role Jury and Popular Choice Awards. She shared a few pictures from the awards ceremony. Her boyfriend even shared videos in which he and friends were seen welcoming the winner. The actress was seen celebrating the BIG win!

Adnan shared a lengthy note. He wrote, "The night was indeed magical. So here I want to thank my family for the insane support they have shown. Each one in their own way. Then come my friends who have been pillars of balance and hope. And lastly my colleagues and fans. I got extremely lucky with the people I work with on this show. They made me who I am. And my fans/family, you guys have become more then just names on my ig account. Thank you p.s an also an eternal thanks to my guardian, my friend, my parent and my saviour - God." - (sic)

Eisha Singh, who is seen opposite Adnan shared a few pictures and wrote, "It would not be an exaggeration, if I say I've been lucky to share my screen with this epitome of grace and excellence who keeps on inspiring us with utter humility and hard work. Adnan, achievements like these, make you realise that hardwork is tangible and has a concrete existence. Congratulations @adnan_a_khan ( can we touch million woods, please) 😇😇😍 . And my monzoo , how someone can carry heart of gold and gorgeousness in one frame? Only you can. @monnikkakhanna ❤️ #indiantellyawards #bestfreshface #IshqSubhanAllah." - (sic) 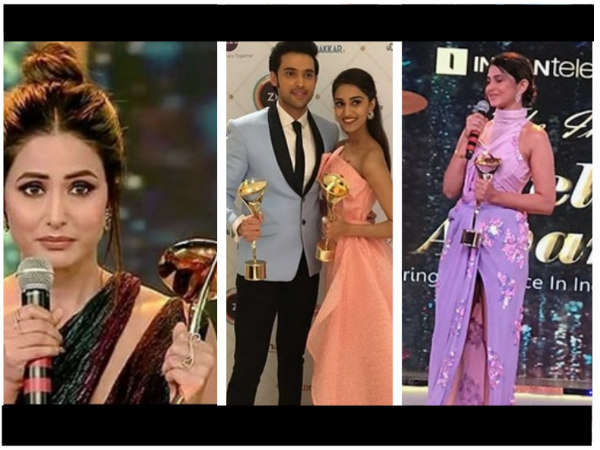