Television actors Karan Patel and Ankita Bhargava, who got married on May 3, 2015, are all set to embrace parenthood soon. Apparently, Ankita is six months pregnant. It has to be recalled that Karan's name was doing the rounds regarding his participation in the controversial reality show Bigg Boss 13. But he didn't take up Bigg Boss 13 just to be with his wife Ankita during her most important stage of life.

A source was quoted by IWMBuzz as saying, "We all know that Ankita had a miscarriage. However, the couple is rock solid in their relationship and is set to embrace parenthood soon. He (Karan Patel) wants to be with his wife."

When Ankita was asked regarding the same, she had a witty response! She told the entertainment portal, "I also heard the same from a few more portals... It seems I have been expecting every year ever since I got married 5 years ago. Anyway, Pregnant or not pregnant.... I don't want to be in the news for this reason...AT ALL, so let's not make any article about it anyway, Thank you for at least letting me know." However, the Yeh Hai Mohabbatein actor is yet to react on the same.

It has to be recalled that Karan and Ankita had announced the arrival of their first child in May 2018. Unfortunately, the actress suffered a miscarriage in June. On the work front, Karan quit Yeh Hai Mohabbatein for Khatron Ke Khiladi 10. Apparently, he is one among the top three finalists of the stunt-based reality show. The show will be aired in January 2020, after Bigg Boss 13 ends. 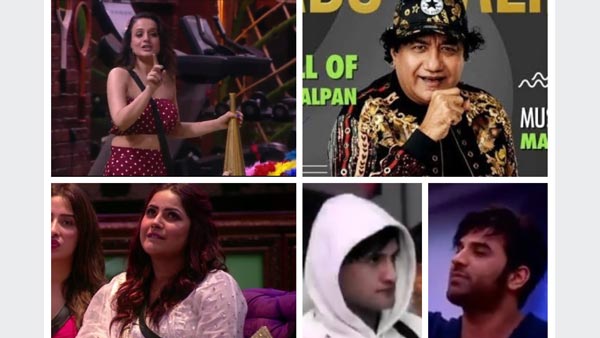