Of late, Parth Samthaan has been in the news for his personal life! The actor had earlier grabbed headlines for dating his Kasautii Zindagii Kay 2 co-actor Erica Fernandes. Later, there were reports that the duo parted ways. It was said that Parth was too friendly with an actress named Priyanka Solanki, which didn't go well with Erica and apparently, this was the reason for their break-up! Now, it is being said that the actor is dating his co-star Ariah Agarwal!

According to a Spotboye report, "Parth has often been spotted at Ariah's Lokhandwala residence. Rumour has it that their attraction for each other is new, but galloping with giant strides."

Also, in a video that is doing the rounds on social media, Parth and Ariah are seen dancing to the song 'Neend churayi meri kisne o sanam'. The actors looked comfortable and enjoying each other's company. No doubt that the couple look cute together!

It has to be recalled that Ariah was spotted at Parth's housewarming party. She was also seen with Parth and other Kasautii co-actors at Hina Khan's birthday party.

For the uninitiated, Ariah plays the role of Mishka, Hina Khan aka Komolika's sister on Kasautii Zindagii Kay 2. Ariah was also seen in Kya Haal Mr Panchaal. She is the sister of Ayush Agarwal, who was Hina's co-star in Yeh Rishta Kya Kehlata Hai.

On the work front, Parth is busy with, of course, Kasautii. He will also be seen in Ekta Kapoor's web series (title is yet to be announced). Apparently, he will play the role of a gangster on the show. Also, he will be seen in Palash Muchhal's upcoming music video, 'Aakhri Baar', opposite Shakti Mohan. They had shared a video announcing the same and netizens are already loving Shakti and Parth's jodi. 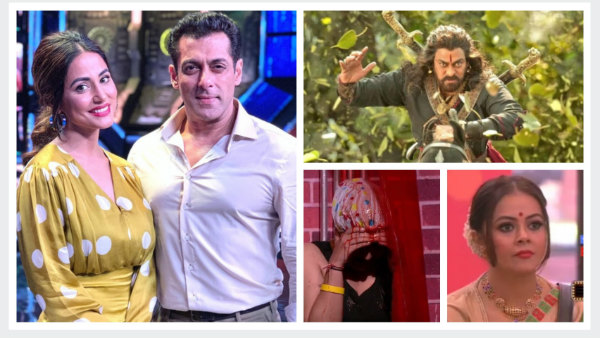