Iss Pyaar Ko Kya Naam Doon was one of the popular shows on Star Plus that people even remember now! The show starred Barun Sobti and Sanaya Irani in the lead roles. Barun played angry young man Arnav Singh Raizada, while Sanaya played his cute and innocent wife Khushi. Barun and Sanaya's chemistry was so much loved by the fans that they even want them to be paired together now! In a throwback interview to TellyTalk India, Barun Sobti and Sanaya Irani had revealed a few secrets about each other that their fans might not know! Take a look!

Barun Is Not A Quiet Person!

When Sanaya was asked to say a few secrets about Barun, she said, "Barun might look quite and non interactive initially, but in fact, he is too loud and interactive."

When Sanaya Met Barun For The First Time

The actress also added, "When I first time met Barun I thought he is quite a reserved person but he is not like that especially with people he knows."

After a little thinking, Iss Pyaar Ko Kya Naam Doon actress said, "Barun is good actor." Barun then interferes and says, "And people do not know that thanks Sanaya for the compliment."

When Barun was asked about Sanaya's secret, he revealed about her tantrum! He said, "Sanaya has this habit that whenever she forgets, she cries saying ‘yeh teek se nahi hua'. Everyone gets this as tantrum!

He also revealed that Sanaya makes excellent coffee. Barun then tells Sanaya that he felt she would say that the first thing he says as soon as he comes to set is that he is hungry.

Sanaya revealed, "Barun eats a lot. He eats anything - the most unhealthy food. In the breakfast, he has very oily bread pakoda. Even if somebody is walking, he would ask them, ‘kya hai kya kha rahah hai'. I think log Barun se chup chup ke khate hain ab." 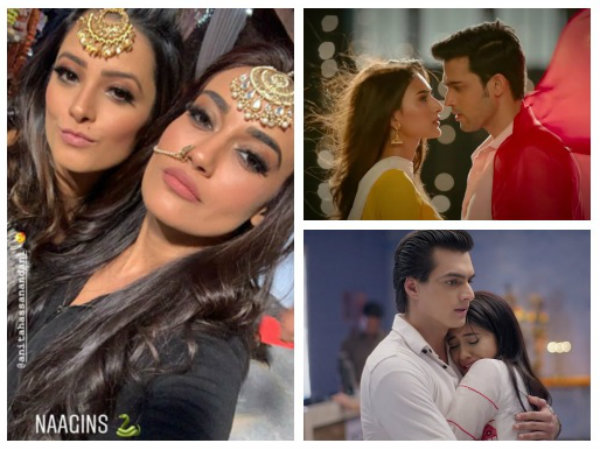