Dil Toh Happy Hai Ji has been in the news since inception. Although the show that stars Jasmin Bhasin in the lead role didn't make its way to the TRP chart, it had impressed the viewers with its unique storyline. Now, to improve the ratings, the makers are planning for a big change! The viewers will witness a leap. Post leap, Jasmin will not be seen on the show! Yes, you read it right, Jasmin has quit the show. As per reports, Jasmin was not okay to bond with a child on screen, but the actress was reluctant about it.

Jasmin Couldn’t Bond With A Child

Gul Khan was quoted as saying, "Jasmin was not okay bonding with a child in the show. Even though she had agreed on the storyline, on scenes level she was uncomfortable. We do not want any actor to be uncomfortable or unhappy while shooting. So we amicably parted ways. We wish her all the best."

No Bad Blood Between Jasmin & Gul

There is no bad blood between Jasmin and producer Gul Khan. She was quoted by BT as saying, "The storyline of the show underwent a change recently along with a time leap. Initially, I wasn't aware, but when I read the screenplay, I realised that I would have to play a mother. I didn't want to do that, as that is not what I signed up for. I informed my producers and the creative team, accordingly."

‘The Time Leap Was Premature’

She further added, "The time leap was premature. When the script was narrated to me, I had asked the producers whether there would be a child, too, on the show. I was told that my character wouldn't get married for at least a year. However, it's just been six months and there has been a change in plan already."

‘I Was Unhappy About This Sudden Turn Of Events’

She further added, "I was unhappy about this sudden turn of events, but I am glad that we have parted ways amicably. You can't blame anyone, because everyone is dealing with the pressures of ratings and competition."

Roop - Mard Ka Naya Swaroop actress Donal Bisht will be replacing Jasmin on the show. Donall confirmed playing Happy on the show. She said, "Yes, I will be playing Happy. The character is of a cheerful girl. She meets a kid and they start bonding. She develops a beautiful relationship with the boy and through him, she meets the love of her life."

‘I Am Not Playing A Mother’

"Though I am not playing his mother, the kid will be attached to me. It's not a mother-son relationship, but one between a young woman and a child. At least, that's the brief given to me. As a performer, I wish to explore every possible character given to me." 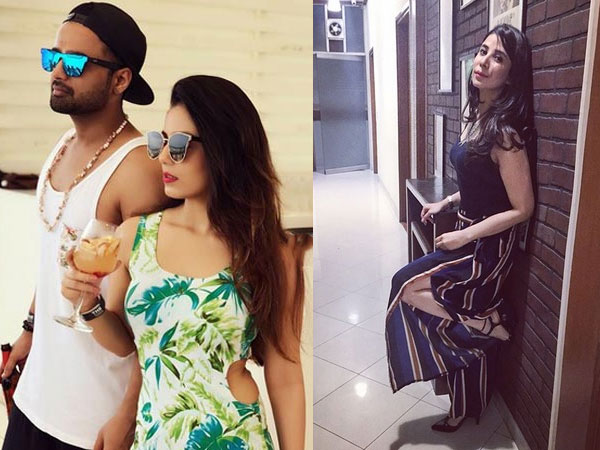 Most Read: Manish Naggdev Had Cheated His Ex For Srishty Rode; Was Dating Four Women!