Kasautii Zindagii Kay 2 actress Hina Khan made a stunning debut at the 72nd Cannes Film Festival. It is a proud moment for her friends, family and fans, who are seen praising her. The actress even took to social media to thank everyone for their love and support. But her debut has not gone well with everyone! As we revealed, one of the journalists made a cheap comment on Hina's Cannes 2019 appearance. Sharing Hina's picture, the journalist captioned it, "Cannes has suddenly become chandivali studios kya?"

Rangoli tweeted, "Look at him, an actor has gone to a film festival purely cos of her hardwork to present her film and here ⁦@jiteshpillaai ⁩ Moushi ji humiliating her that too openly just cause she is an outsider, this is movie mafia and that's why Kangana has pledged to destroy them."

While many supported Rangoli's tweet and shamed the journalist for his words, a few of them felt that Hina has not done anything big in the film industry to be worthy for Cannes! Apart from Divyanka, Karan Wahi, here are a few other actors who supported Hina and slammed the journalist in Vikas Kalantri's post.

"We don't have our work cut out for us and have to put in twice as much! Respect @realhinakhan for paving the way, and showing us all our place. #chandivalitocannes is a big feat in itself, applause!"

"Thought so much more of you @jiteshpillaai but this post is in real poor taste. Rather low stab, don't you think? Aren't we an industry that supports than bring the other down? Brave move pointing this out @vikaaskalantri"

"I feel so sad that this is coming from a so called Senior Indian Journalist who is born in Vashi ! @realhinakhan really Look up to you bro , respect your journey what to do aab logoko jalan toh hogi na ! Sr .journalist we respect you hope you get well soon 🙏🌸 flower smiley for you ,coz you dont deserve actual flowers after what you said ! No problem get well soon Sir ...lots of love!"

Jigyasa: Hands down to you @vikaaskalantri for putting up this..we all are one feternity..lets support eachother and spread love :)

Look at him, an actor has gone to a film festival purely cos of her hardwork to present her film and here ⁦@jiteshpillaai⁩ Moushi ji humiliating her that too openly just cause she is an outsider, this is movie mafia and that’s why Kangana has pledged to destroy them. pic.twitter.com/Y0moCAlEXA 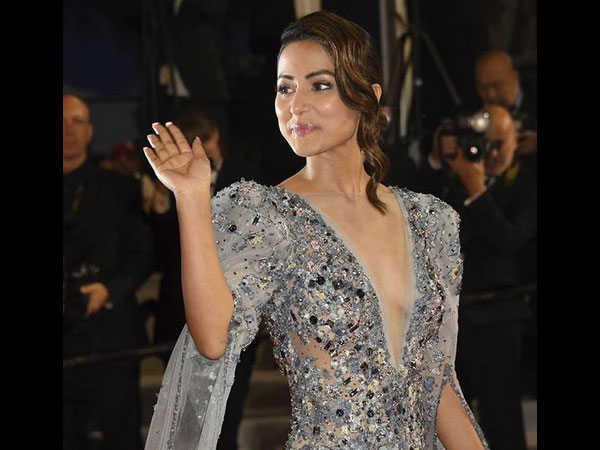 Most Read: A Journalist Makes CHEAP Comment On Hina's Cannes Debut; Divyanka, Karan & Others SLAM Him!