Kasam - Tere Pyaar Ki was one of the popular shows on Colors TV. The show featured Kratika Sengar and Ssharad Malhotra as the lead couple and was a reincarnation story. We had earlier reported that the makers are planning to come up with the second season. Apparently, Ishita Dutta and Naagin 3 actor Pearl V Puri have been approached for the second season, which has been titled Bepanah Pyaarr. Read on more to know about the show!

A source associated with the show was quoted by TOI as saying, "Unlike the previous season, which was a typical family drama, the second edition will be a love story laced with thriller elements. After contemplating a few names, we have finalised Ishita for the part. She will play Palak and fits the part perfectly."

Ishita Dutta Is Excited About The Show

Ishita Dutta confirmed the report of her doing the show. Talking about the second season, Ishita told BT, "I am excited about returning to the daily soap genre after three years. I also feel the pressure because the first season of the show did well."

Ishita To Play Palak – A go-getter

"My responsibility is to make sure that people like my character just as they liked the previous characters. I play Palak, who is a girl of today. She is a go-getter and looks for solutions rather than sulking over problems. She is independent, smart, intelligent and full of life. She is very much like me."

Ishita Loves The Title Of The Show

Regarding the title, the actress told the leading daily, "I personally love the title of the show. I, too, believe in bepanah pyaar, but in a good way. The show will portray how love is such a complicated emotion."

She further added, "I am positive about this unusual and unconventional love story striking a chord with the audience. Laced with thriller elements, it will keep everyone glued to their TV screens with a lot of twists and suspense in the story."

Kalash actress Aparna Dixit has also been roped in for the show! The actress will be seen playing the role of Pearl's wife on the show. Apparently, her role is extremely crucial to the storyline.

Aparna To Play Pearl’s First Wife Who Dies In An Accident!

A source revealed, "Though a cameo appearance, Aparna's role is extremely crucial to the storyline. She will play Bani, Pearl's first wife, who dies in an accident. Unlike what had taken place in the previous season, the second edition will be a love story with thriller elements. It is expected to launch in the third week of May."

Kratika Wants Kasam 2 To Be More Successful Than Season 1!

Meanwhile, when Kratika Sengar was asked about Kasam 2, the actress told IWMBuzz, "I would wish my best to the entire team of Kasam 2. I would want season 2 be more successful than season 1." 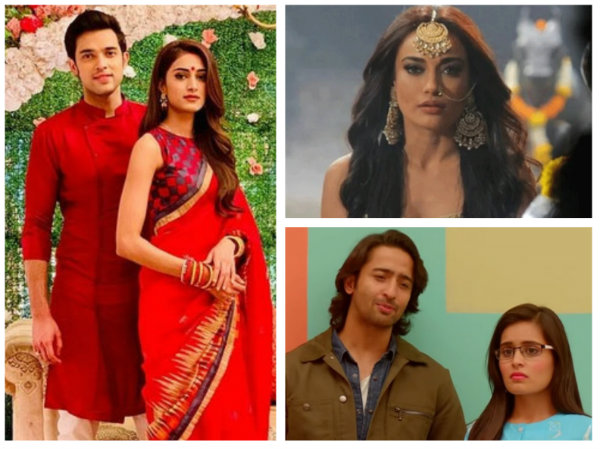