In August 2017, Kasam Tere Pyar Ki Actor Amit Tandon's wife Ruby, who is a well-known dermatologist, got into major trouble as she was put behind bars. Apparently, DHA (Dubai Health Authority) officials alleged that she had threatened a few government officials there. Amit was with Ruby during her tough times and supported her. He had tried his best to get her out of the jail. He believed that Ruby was framed. Finally, a few months ago, Ruby was out of the jail. She flew straight with her daughter Jiyana.

Also, it has to be recalled that Amit and Ruby had filed for a divorce. But looks like the couple has decided to give their marriage a second chance!

Ruby Has Realised What Amit Did For Her

A source close to Ruby and Amit was quoted by Spotboye as saying, "Ruby is a changed person. In jail, she realised what Amit did for her, nobody came even close to doing that. Amit made frequent trips to Dubai and left no stone unturned in making efforts that Ruby should be let out as soon as possible."

Ruby & Amit To Give Their Marriage A Second Chance?

"Ruby and Amit both have developed a respect for each other, which may translate into a patch-up. It is not sure though if both would indeed get into starting their relationship all over again, but it certainly cannot be ruled out at this point of time."

"Moreover, Ruby also realised that she had got a bit carried away in the world of television and movies. This ordeal also made her eyes open to who are her true friends and who are not. She was shocked to see that many she considered close, were quite fake."

So are Amit and Ruby staying together? Well, the answer is no! According to the report, "They meet up more often now, for Jiyana and even otherwise. And, there is a possibility that they might withdraw their divorce plea." 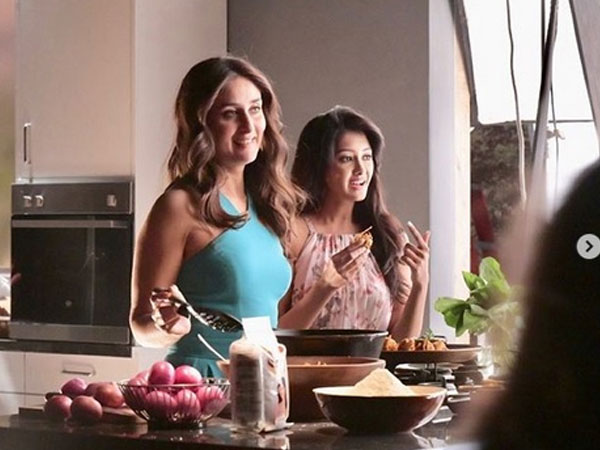 Most Read: Kanchi Singh Shoots With Kareena Kapoor; Says Taimur Is Sheer Bundle Of Joy Even Just To Look At!