You can only expect the unexpected from Ekta Kapoor! The producer had recently tweeted, hinting about introducing a new Komolika for Kasautii Zindagii Kay 2. And guess what? She has found the new Komolika and it is neither Gauahar Khan or Karishma Tanna; unexpectedly, it is Aamna Shariff, who was last seen in Bollywood film Ek Villain, in which she had played the role of Ritesh Deshmukh's wife.

Yes, Aamna is the new Komolika. While talking to Spotboye, Ekta had revealed that she has selected a new Komolika and hinted that the actress is popular and had played a lead role in one of her shows.

It has to be recalled that Aamna is popularly known for her role Kashish from Kahiin Toh Hoga (2003-2007). She was also seen on Ekta's 2013 show, Ek Thhi Naayika.

Why Aamna Chose To Play Komolika

Regarding her return to TV and selecting a negative role for her comeback, the actress told TOI, "The reason for the break was the need to reinvent my personal life. It would have been easy to stay in my comfort zone and come back with a love story, but that wouldn't have satiated me as an actor. It's always a different kind of rush to surprise your audience. So, when I was offered the role of Komolika, I instinctively knew that this is what will challenge me the most as an actor."

Meanwhile, regarding Hina's exit, Ekta told Spotboye that the actress is busy with her life and is doing a couple of other things too, hence they couldn't adjust her dates. She added that it was an amicable decision.

Ekta Wants To Collaborate With Hina

She further said, "Hina is a thorough professional. We will definitely collaborate with her on some other project - be it TV or digital or a film. She has been a revelation and this is not the end of our association."

Well, although Hina played the role fantastically and will be missed, we are sure that Aamna will fit the role perfectly and keep viewers entertained. Do you agree with us? Hit the comment box to share your views. 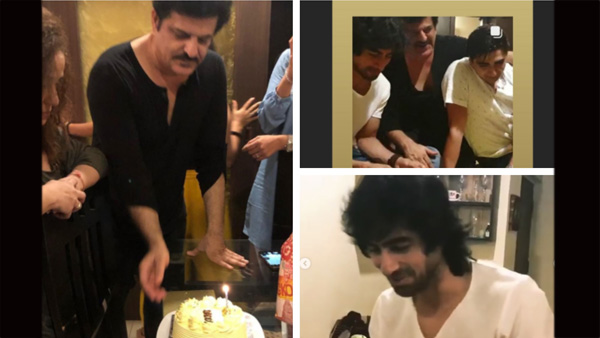