Karan Singh Grover impressed viewers with his role of Mr Rishab Bajaj in Kasautii Zindagii Kay 2. His salt and pepper look was loved by fans. Surprisingly, the actor exited the show, which disappointed his fans. It was said that KSG was not happy with his role, and hence, quit the show. But, later, the actor clarified that his exit was a mutual decision taken by him and the makers. There were also reports that he might return to the show soon. Now, there are reports that Karan might not return and the show may have a new Mr Bajaj soon. It is also being said that Vivan Bhatena will be replacing KSG!

Apparently, Vivan's look sparked the speculation! People started assuming things as Vivan sported a salt and pepper look in a Halloween party thrown by Ayaz Khan. A picture of Vivan, KSG and his wife Bipasha Basu, are doing the rounds on social media, which got fans thinking if the Maayka actor will be replacing KSG in Kasautii Zindagii Kay 2.

Vivan had shared the picture and captioned it, "#meninblack @iamksgofficial meet #mrbajaj (also in supporting role..woman in black @bipashabasu) Thank you @ayazkhan701 for a kickass dinner." - (sic)

But Vivan clarified that he is not playing Mr Bajaj and it was his look that might have led to the confusion. He was quoted by TOI as saying, "I had gone for Ayaz Khan's Halloween party where I was spotted partying with Karan (Singh Grover) and Bipasha (Basu). I was dressed as Mr Bajaj and with my salt and pepper look, people perhaps thought I was replacing him."

The actor further added, "It is funny how people jump to conclusions. In fact, all of us friends have had a good laugh over it."

Coming back to Kasautii, post Mr Bajaj's exit, Komolika aka Aamna Sharif entered the show. She has been trying to create havoc in Prerna and Anurag's lives. 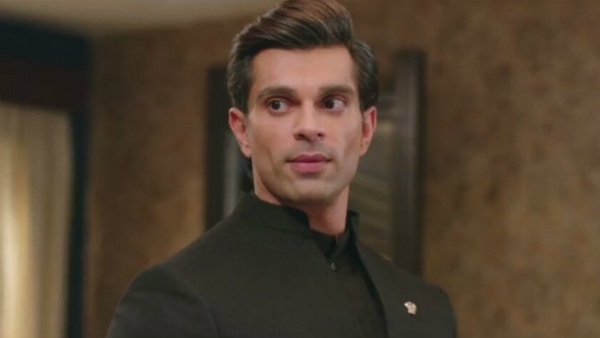