Kasautii Zindagii Kay 2 has been in news since inception. Of late the actors, especially Parth Samthaan, Hina Khan and Erica Fernandes have been hitting the headlines. It was said that Parth hadn't invited Hina to his birthday party and there were also rumours that Hina and Erica share cold vibes on the sets. All the three actors clarified the rumours. Even Pooja Banerjee, who plays Nivedita Basu, had clarified that all is good between the actors.

Now, in her interviews to media portals, Shubhaavi Choksey, who plays Mohini on the show, has clarified the rumours. She also revealed her bond with all her co-actors. It has to be recalled that there were reports that Hina wanted preferential treatment and threw tantrums on the sets. Shubhaavi has also revealed that Hina is not like her reel character! Read on to know more!

Regarding the most talked about rumours, Shubhaavi was quoted by IWMBuzz, "I am on set and can't see any cold vibes between them; everything is amicable. Also, Hina is not there in most scenes."

"We are here to work and most of the time we are just prepping ourselves for our scenes. Keeping in mind time constraints and other issues like getting the costumes right, where is the time to get friendly?"

About Her Bond With Her Co-stars

She further adds, "Although I am a very easy-going person, even then, after eight months on the Kasautii set, I can't say that I am best friends with Parth, Erica, Pooja, Uday, Hina, etc. Yes, we get along well and have a blast. At least it takes me a lot of time to really open up. Eight months is not enough, especially in a professional set-up; can't say about others though."

‘Erica & I Get Along Like A House On Fire’

Talking about Erica, the actress told TOI, "Erica and I get along like a house on fire. She is very warm and caring. Sometimes, even while performing the scenes, I feel like why I am being mean to her because she is always taking care of me. Working with her is amazing. She is a friend and I love that."

‘Hina Is Amazing, Once They Say Cut, She Is Hina & Not Komolika’

About Hina, the Shubhaavi told the entertainment portal, "It's amazing to see someone who has done so much work, who has been there and done that time and again continuously for nearly a decade still has that zest to work. When Hina comes on the set, it is amazing to see how well she knows her lines. I love professional people and she is very professional. Hina is amazing, once they say cut, she is Hina and not Komolika."

About Parth, the actress told the leading daily, "Parth is the kind of guy who doesn't talk much but when he gets comfortable and starts talking, he's a lot of fun. Basically, on the sets itself, Erica, Sahil, Pooja, Uday sir and I get along very well. With Parth, it took a little time. But when he opens up, he is a lot of fun. If I talk about working with Parth professionally, I would say that he has elevated immensely as an actor from the first day to now. Kudos to that." 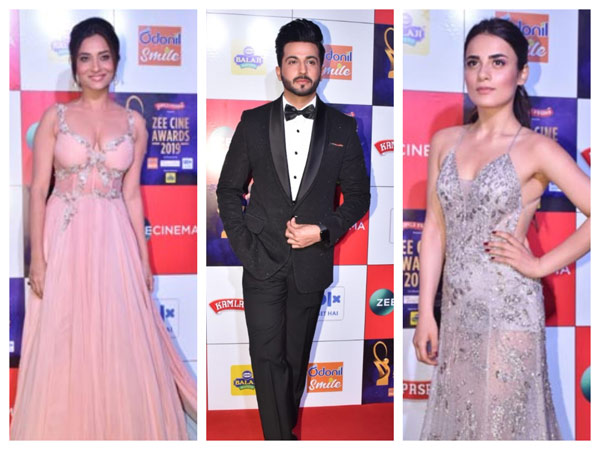