Star Plus' popular show Kasautii Zindagii Kay 2 that stars Hina Khan, Erica Fernandes, Parth Samthaan, Shubhaavi Choksey, Pooja Banerjee and others in the lead role, has been hitting headlines for one or the other reason. Hina will soon exit the show as she has prior work commitments. As the viewers are aware, currently on the show, Moloy is back and Komolika is in big trouble. She fails to kill Moloy and fears being exposed. We had also revealed about her shocking exit.

In the upcoming episodes, Komolika gets exposed by Moloy and gets kicked out of Basu Mansion. She openly challenges to ruin the Basu family, including Anurag and Prerna's lives.

It is being said that Komolika will stage her own death, only to return to seek revenge later on. Well, she will not go silently and trap Anurag in her murder case. Wondering how Prerna will save Anurag's life?

While Komolika exits and Anurag gets arrested, Mr Bajaj enters Prerna's life. We assume that Prerna might take Mr Bajaj's help to save Anurag and eventually (because of ‘majboori') gets married to Mr Bajaj! Well, that's how Ekta's shows work!

As Ekta revealed the hunt for Mr Bajaj is on! According to Pinkvilla report, Hiten Tejwani, Siddharth Shukla and Karan Wahi have been approached to play Mr Bajaj! Apparently, the final decision will only be known by the end of the week. 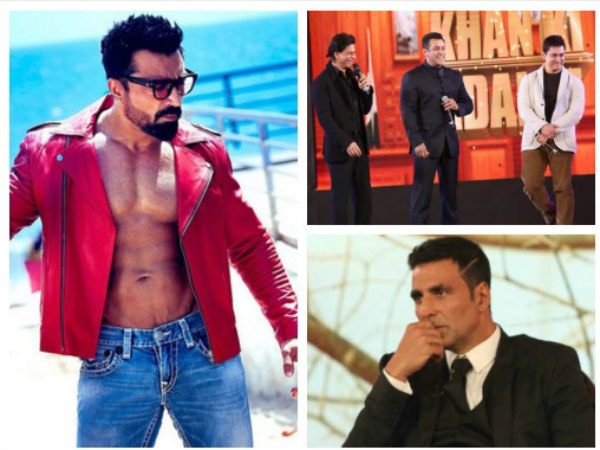 Most Read: If SRK, Salman Or Aamir Khan Had Canada Passport, They Would Have Been Called Traitors, Asks Ajaz!