Kishwer Merchantt and Suyyash Rai recently celebrated their third wedding anniversary. The happy couple shared their celebration videos with fans and well-wishers on social media. Kishwer and Suyyash have completed three years of marital bliss and to mark the special occasion, the duo got together with their friends at a restaurant and were seen cutting celebratory cakes.

Kishwer and Suyyash took a lot of pictures and videos and shared the same on Instagram. The lovely couple continues to be head-over-heels in love and happy together. After six years of courtship, the two decided to tie the knot on December 16, 2016.

On the work front, Kishwer recently replaced Tanaz Irani in Star Plus’ popular show 'Kahaan Hum Kahaan Tum'. The actress will be seen portraying the part of Dr Nisha Sippy on the show. On the other hand, Suyyash was last seen in the show 'Laal Ishq’ as Shawn.

For the uninitiated, the duo fell in love while working on the show 'Pyaar Kii Ye Ek Kahaani'. The two of them, then participated as a couple in the ninth season of Bigg Boss. This is when they acquired a loyal fan-following of admirers, who lovingly refer to them as 'SuKish’. The couple continues to be extremely active and open on social media. They are constantly sharing goofy videos whilst professing their love for one another.

We wish the lovely couple a very happy wedding anniversary. 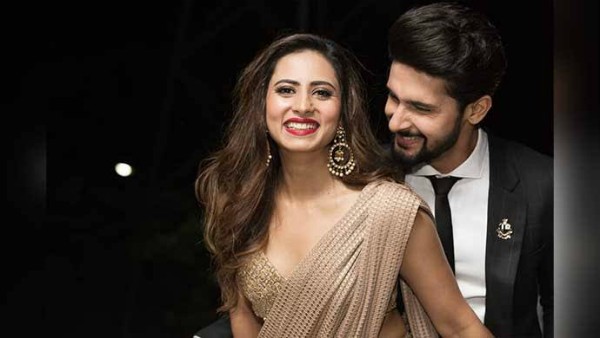