The makers of Kulfi Kumar Bajewala are keeping the viewers hooked to the show with the latest twists and turns. Sikandar's accident and his dual role are a few unexpected twists that have grabbed the viewers' attention. In the latest report, it was revealed that Bola is Sikandar. Nandini recalls how she met Sikandar under a bridge and took him to the hospital. As the doctor treats, she tries to get more details about his past and realises that his mind has gone back to that of a child. The doctor takes him to her house and her daughter Pakhi makes him his father. They name him Bhola.

In the promo, Kulfi manages to find a link between Bhola and Sikandar. She cries in front of the Durga idol and expresses her displeasure as Rocket and others from her gang think she has lost it! Kulfi cannot accept the other man as her Baba. She then asks God to answer her and then she hears a few kids calling out Sikandar and Bhola. It is then that she gets a hint that Sikandar and Bola are the same people! Regarding the double role, here's what the actor has to say!

Mohit On Playing 10-year-old On KKB

Mohit was quoted by IANS as saying, "Playing a 10-year-old does come with its fair share of challenges but it is more mental than physical. All this while, I was mostly crying. It does get exhausting. A 10-year-old is non-judgmental, uninhibited, innocent, naive, a clean slate, and playing him has given me a different perspective to life."

Mohit's Other Character Is A Thug!

The actor further added, "It was high time I wanted to break free from playing Sikandar. As much as it was satisfying and I had finally found my comfort zone, it also took a toll on my health. The other character that I play is that of an imposter, a thug."

He further said, "For the first five hours, I am playing him and the rest I go back to being a child... it makes me wonder and also confuses me but you got to do what you got to do anyway."

Double Role Was Not Impulsive But A Creative Call

"The double role was not an impulsive but a creative call as we wanted to move forward and with our show doing consistently well, we did owe a breath of fresh air to the audience. Also, I needed some time off from playing Sikandar and wanted to experiment and function in an uncomfortable zone as that stimulates me as an actor." 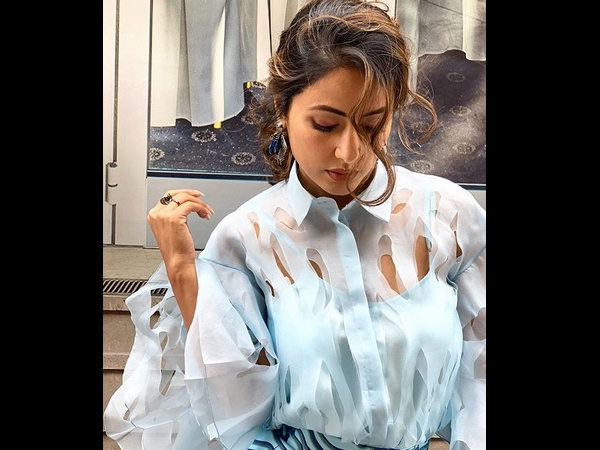 Most Read: Hina Khan Was Disheartened With Unpleasant Comment; Says She Can Never Play Victim!