Finally, Kumkum Bhagya makers reunited Abhi and Pragya. Although fans are happy with the much- awaited reunion, they are not happy with the superfast track. They are extremely upset with the leap and a few fans even want the makers to end the show. As we revealed earlier, the show will be taking a big leap. Post which the makers will be seen focusing on Pragya and Abhi's mature love story and their kids' tracks. Yes, you read it right! It's kids! Read on to know more!

It is also being said that post the 20-year leap, Pragya and Abhi will be seen living separately. The show will focus on Abhi, Pragya and their young college-going daughters - Rhea and Prachi. While Prachi will be a complete replica of Pragya in terms of simplicity and sensitivity, Rhea (a replica of Abhi) will be seen as spoilt and pampered daughter.

As the viewers are aware, Vin Rana (seen as Purab) has put down his papers, now four other actors, Ruchi Savarn, Leena Jumani, Shikha Singh, and Mishal Raheja are also quitting the show. Leena was quoted by Tellychakkar as saying, "Yes, I am quitting the show, as I am not comfortable playing an ageing role." Apparently, the other actors too don't wish to play ageing roles. Check out the fans' comment on the current track of the show!

"@ektaravikapoor, writers, when we ask you to stop dragging you drag with relish without a conscience but when we ask you to slow down with some good Abhigya happy married life/going to outdoor places/parties/spending time happily at home you take a leap so fast 😞 #kumkumbhagya."

@RatiTheAngel: #kumkumbhagya Now a days on rocket speed its show how hell excited our cv to bring leap in the show as soon as possible😯 😧 - (sic)

Arundhatisawant: So the leap is confirmed. And if there is going to be a separation again, it'll be time to bid goodbye to kkb. - (sic)

"Is Pragya pregnant? How Quick 😮@shabirahluwalia @itisriti ..Everything's moving so fast. One year, everything happened at the speed of the turtle. Now the events are solved in 2 chapters. What nonsense! Have a little respect for the audience and the work you do @ektaravikapoor @anilnagp." - (sic)

"I quit watching kkb..will watch old episodes when they stop the ideas of leap or the news about the leap stops... whatever it may be.. this is taking tooooomuch of my time and the peace of my mind.. they are pulling me to a stage of depression.. so bye.. good luch to everyone..." - (sic) 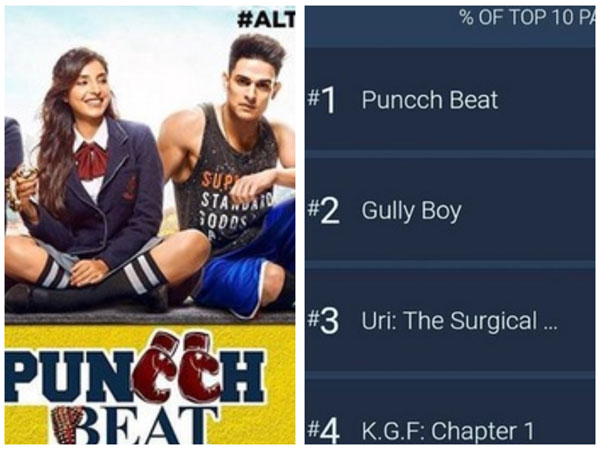 Most Read: Puncch Beat BEATS Gully Boy & KGF; Vikas Has This To Say For Fans Who Say It's Hit Because Of Priyank