There were rumours that Hum actor Kushal Tandon was dating his co-actress Ridima Pandit. But the actors maintained that they are good friends. Recently, there were rumours that the actors parted ways! It was even said that the actors had deleted their pictures on their social media. This didn't go well with Kushal who took to social media and lashed out at media for his link-up and break-up rumours! He wrote a lengthy note clarifying that he has been 'single for over a couple of years'.

Kushal further wrote in his note, "Therefore all the talk that I am hearing lately of me breaking up with whoever, Even I talk to a wall I dating that wall to :) I am hoping is the figment of someone's over active imagination. I pray for speedy recovery (Please get well soon)." - (sic)

"I am sure none of my costars, all of whom I love (not romantically) would stoop so low as to resort to such childish gimmicks for publicity's sake. in the end I would like to say stop milking my name : I don't have a pr company so plz take lite m glad today we have social media to say what we believe in .... I don't have to give a quote to a media forum and m glad." - (sic)

The Actor Deletes The Post In Which He Lashed Out At Media!

He had also shared a snapshot of an article and lashed out at the writer. He wrote, "Just because I'm a guy you cannot link me up with Tom Dick and Harry!" But later, he deleted the post.

‘Make No Mistake; I Have A Beautiful Family!’

In another note he wrote, "I choose to be kind coz it makes me happy. But I'll defend my boundaries without hesitation: Jus coz am a guy that doesn't mean everything is ok "Chaltha" hain and blah blah: make no mistake : I am fierce: and I have a family too ;-) and a very beautiful one." - (sic) 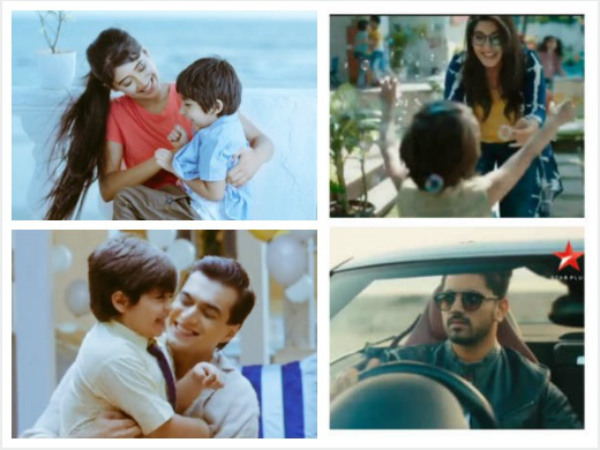