The latest TRP/BARC ratings for Week 18 (April 27-May 3, 2019) are out. Zee TV's Kumkum Bhagya has maintained its top spot, while its spin-off Kundali Bhagya has slipped down to the third spot. Colors's Naagin 3 has occupied the second spot. Star Plus' Kasautii Zindagii Kay 2 is back on top five slot, while SAB TV's Taarak Mehta Ka Ooltah Chashmah is back on tenth spot. Among channels, Star Plus and Sony TV have retained the first and third places, while Colors TV is back on second spot.

While Zee TV's Kumkum Bhagya has retained its first spot, its spin-off Kundali Bhagya has dropped down to the third spot. The shows have managed to get 2.4 and 2.2 TRP ratings.

Both Naagin 3 and Kasautii Zindagii Kay 2 have witnessed jump. The shows have managed to occupy second and fourth places with 2.2 ratings each.

Kulfi Kumar Bajewala has dropped down to the fifth place with 2.2 TRP ratings, while Yeh Rishta Kya Kehlata Hai has managed to occupy sixth place with 2.0 ratings.

The Kapil Sharma Show has managed to occupy seventh place with 2.0 TRP ratings, while Super Dancer 3 has dropped down to the ninth place with 1.9 ratings.

Zee TV's Tujhse Hai Raabta has witnessed a jump, while SAB TV's Taarak Mehta Ka Ooltah Chashmah is back on top 10 slot. The shows have occupied eight and tenth places 1.9 and 1.7 with TRP ratings, respectively. 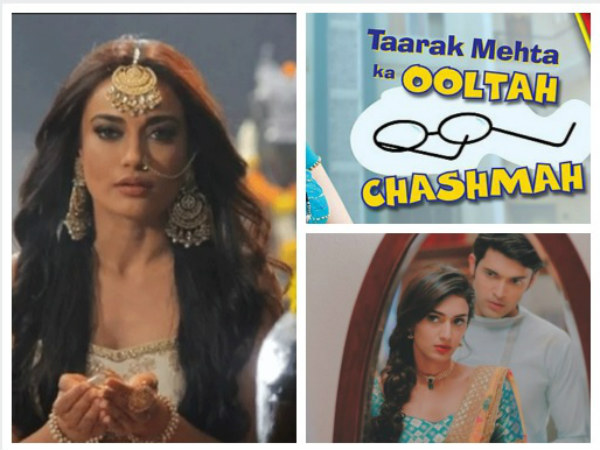