The TRP/BARC ratings for Week 48 (November 23-November 29, 2019) are out. While Yehh Jadu Hai Jinn Ka has topped the TRP chart, Kundali Bhagya and Choti Sarrdaarni have witnessed drops. Yeh Rishta Kya Kehlata Hai has jumped to the second spot. Bigg Boss 13 and Dance Plus 5 have re-entered the chart while Kahaan Hum Kahaan Tum is out of the race.

There are no changes among the channels - Star Plus, SAB TV and Colors TV have retained their top three spots.

Star Plus' Yeh Jadu Hai Jinn Ka has topped the chart and Colors' Choti Sarrdaarni has dropped to the fifth spot. The shows have managed to garner 2.7 and 2.4 TRP ratings, respectively.

While Yeh Rishta Kya Kehlata Hai has jumped to the second spot, its spin-off Yeh Rishtey Hai Pyaar Ke has grabbed the seventh spot. The shows have managed to fetch 2.6 and 2.1 ratings, respectively.

Kumkum Bhagya has managed to occupy the sixth spot with 2.3 ratings, its spin-off Kundali Bhagya has witnessed a major drop (at the third spot) with 2.6 ratings.

While Taarak Mehta Ka Ooltah Chashmah has occupied the fourth spot, Dance Plus 5 has re-entered the chart (10th place). The shows have managed to get 2.5 and 1.9 ratings, respectively. 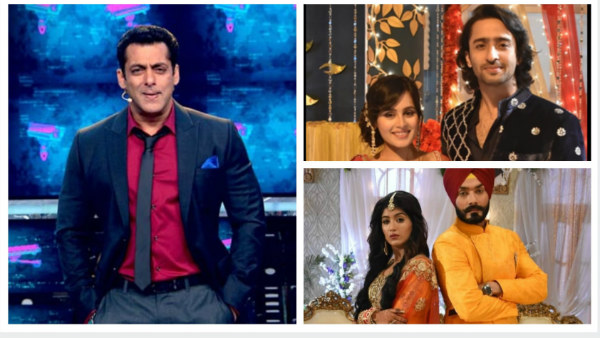