Bigg Boss 11 was one of the popular seasons. One of the reasons the season got popular was because of the contestants Hina Khan, Priyank Sharma and Luv Tyagi's friendship. The trio, although had fights, used to be with each other during the tough time. Even after coming out of the Bigg Boss house, the trio managed to meet each other. The bond between them became talk among fans, who loved watching them together.

But recently, Luv unfollowing Hina and Priyank made headlines, which sparked speculations that all is well between them. Neither of them had commented regarding the same.

But now, Luv has broken his silence! When Spotboye asked the real reason behind unfollowing his friends, he tried to avoid the topic. But on insisting that his fans are curious to know the truth, he made a surprising statement!

Luv was quoted by the entertainment portal as saying, "I don't think that this topic is important enough for me at the moment, I'm busy focusing on my upcoming music video! Also, friends remain friends (if they want to) even after unfollowing each other on social media platforms."

Luv Busy With His Song!

Last month, Luv had even shared a picture snapped with Vikas and clarified that he is not working in the entertainment industry right now as he has his own reasons! Also, Vikas revealed that Luv refused to work in his next as he can't move for long term to Mumbai leaving his parents. Vikas also wished good luck for his song.

Met this guy @lostboyjourney after a long time & indeed,had a great time, long conversations about lots of things 😉 I must say one thing about him that he’s a lot more grounded now & is doing lots of good things in life apart from creating a series no less than a film #puncchbeat or the things that you know or saw about him and yes we are meeting soon again and thanks for clarifying it to people or trollers/PR that if I’m not working in the entertainment industry right now I have my own reasons but woh kehte haina ‘humari chuppi ko humari kamzori Mat samajhna’ Everything said and done, Lastly, All the best for #puncchbeat,it is freakin’ awesome! 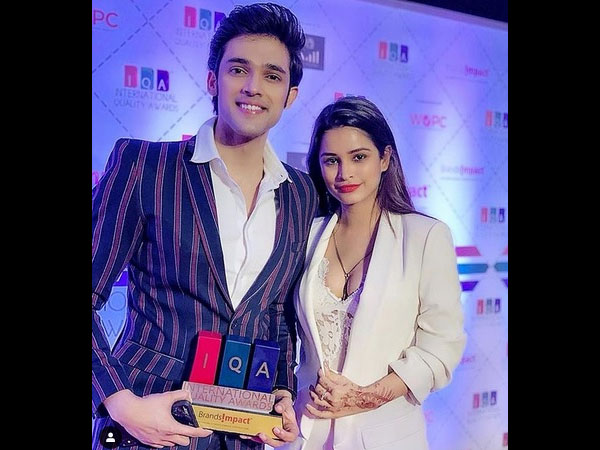