Mandana Karimi grabbed headlines for her participation on Bigg Boss. The actress was called tantrum queen in the Bigg Boss house. The actress also was in headlines for filing a domestic violence case against her husband Gaurav Gupta. She was also in news for rejecting a web series offer for her pet dog Elvis. She had also walked out of a web series owing to a broken leg. She was supposed to portray the role of a lesbian in the web series. The actress was seen on Star Plus' popular show, Ishqbaaz.

Last year, Mandana shared a topless picture on social media that has got people talking! She was seen chilling with her friends in Malaysia. Well, we must say that the actress definitely knows how to grab attention as she is yet again in the news for her topless picture.

Mandana Flaunts Her Curve In A Photo Shoot

The ex-Bigg Boss contestant's topless picture has set the Instagram feed on fire! Well, this time it is for a photo shoot. In the picture, she is seen flaunting her curves while aesthetically covering her assets.

‘It’s Not Your Job To Like Me. Its Mine’

Mandana captioned the picture, "It's not your job to like me.Its mine 😉 @sashajairam is this really me ? 🤯 Who are you? 😬 #killingit #fitnotskinny #loveyourself." - (sic)

A few users wrote this is how a few actresses try to grab attention to get movies - "Finally. This is what a foreign girls have to do in India to get a place to fitt in Bollywood industry," "This is how ppl earning fame and money, it's simple, put of clothes off, do some semi nude live sessions, and there u get a tharkki fanbase." - (sic) 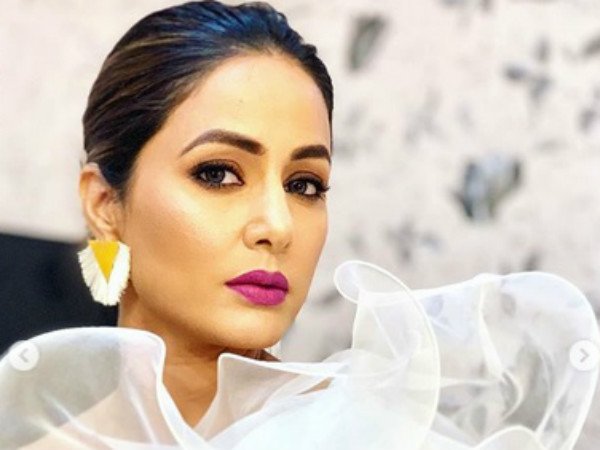 Most Read: Kasautii Zindagii Kay 2: Hina Khan NOT Getting Replaced; Here's How Komolika Might Exit The Show!