Everyone knows how GRAND Akash Ambani and Shloka Mehta's wedding was! The who's who from the entertainment industry graced the wedding and the security was extremely tight. Among television celebrities, Naagin actress Mouni Roy, who has bagged a few Bollywood projects, graced the lavish wedding. In fact, the actress even performed at all four wedding ceremonies. But as per a Spotboye report, the Naagin actress created a ruckus at one of the functions and even threatened not to perform. Read on to know the complete story!

Mouni Roy Didn’t Want Her Mobile To Be Disabled!

As per the entertainment portal's report, at the big wedding, the guest list included VVIPs from different sectors and hence the arrangement for their security was Z+. When Mouni arrived at the venue, just like other guests, she too was asked to handover her phones so that the guards can tag it with security stickers, disabling the phone.

But Mouni, who was not happy with it, resisted it. A source from the party was quoted as saying, "Mouni was not at all comfortable with her phone being locked, but, the condition was applicable to all the guests at the party and hence she had to agree to it."

The Actress Tried To Remove The Sticker

After reaching the greenroom, Mouni tried to remove the sticker, which alerted the guards as it had censor. The source added, "When the security officials came to address the situation, Mouni got extremely agitated and started arguing with the officers. After much persuasion, she had to get the sticker back on her phone."

Naagin Actress Threatened To Walk Out & Not Perform

But the actress was not in a mood to let her phone being inaccessible. Hence, she tried again! This

made the guards irked and they warned her strictly not to repeat it. Apparently, Mouni even threatened to walk out of the wedding and not perform.

Mouni Had to Give In As Payments Were Made In Advance!

The source told the entertainment portal, "After a long argument, Mouni finally had to give in and of course, as the payments were all made in advance, she had to perform at the wedding and so she did." 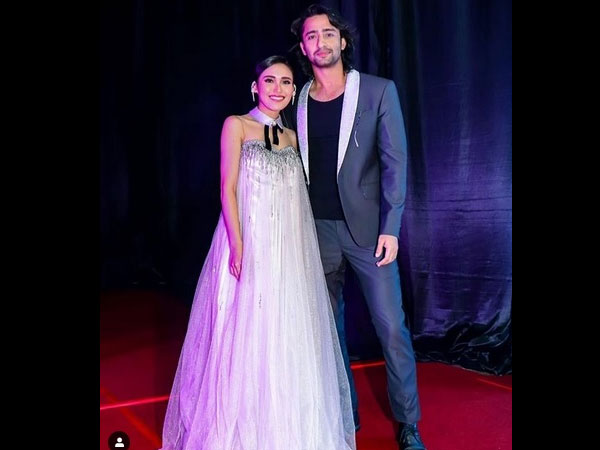 Most Read: Shaheer Sheikh Thanks His Ex Ayu Ting Ting For GIFTING Him Closure; Here's Why The Duo Broke-up!