Rannvijay Singha and Sunny Leone are back with MTV Splitsvilla 12. We had recently revealed the full contestants list, which includes 10 girls and 15 boys. The show, which premiered on August 16, started off on a high note. The boys are already seen trying hard to impress the girls and are seen spending quality time with the beauties in the pool!

One among the girls, who is participating is Priyamvada Kant, who needs no introduction at all. The Bengali beauty, who was born and brought up in Delhi, is a well-known television actress.


Priyamvada has worked on shows like Ek Veer Ki Ardaas...Veera, Sasural Simar Ka, Tenali Rama and Kulfi Kumar Bajewala. In the very first episode itself, she had revealed why she decided to participate in the show.

The actress revealed that when her mother asked her as to why she was entering Splitsvilla, she told her mother that she wants to find her prince charming in the dating reality show and marry him!
Regarding the boy she likes to date, she had said that he should be fun, smart, compassionate, understanding and congenial.

In this week's episode, Priyamvada discloses her ideal match. For the actress, the guy needs to be 'cute and tall'. She, further, added that since she is very hyper and a drama queen (in fact a bit of both), she wants the boy to have patience. 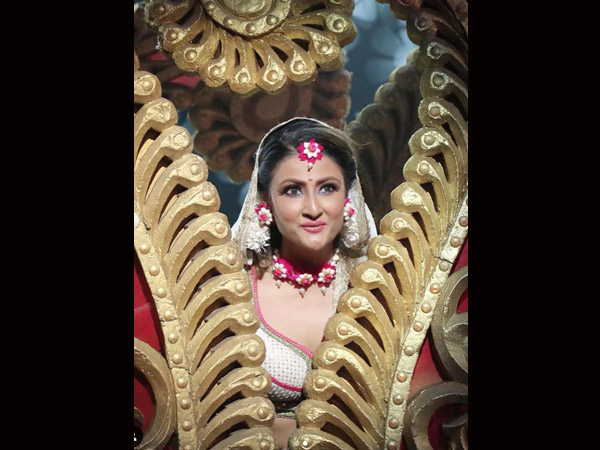