Ekta Kapoor's supernatural show Naagin that's aired on Colors has impressed the viewers and has also been topping the TRP chart. The first season had Arjun Bijlani paired opposite Mouni Roy. Adaa Khan also played naagin on the show. In the second season, Karanvir Bohra was seen opposite Mouni. The third season, which ended recently, had three gorgeous actresses - Surbhi Jyoti, Karishma Tanna and Anita Hassanandani - playing naagins. While Surbhi was paired opposite Pearl V Puri, Anita and Karishma were paired opposite Rajat Tokas.

The finale episode of Naagin 3 saw popular characters from seasons 1 and 2 - Rocky, Shivangi, Ritik, Yamini, Shesha and Yamini - coming together. Shivangi and Shivanya reunite with Rithik and Rocky, respectively. While Shivangi killed Yamini, Shravani killed the other villains Taamsi, Shesha and Sumitra. Shivangi also passes Mahanagrani crown to Shravani making her the new queen of the shape shifting snakes. As the episode ended, it was revealed that Vishakha is the new villain!

The makers revealed the new promo of Naagin 4, which might be aired after Kavach 2 ends. The fourth season will be continued 50 purnimas. In the promo, Sumitra, Yamini and Shesha's statues can be seen emitting magical powers together to form the deadliest Naagin. So who will be the new Naagin in Naagin 4.

Is Surbhi Chandna, The New Naagin?

Since Colors has tagged both Surbhi Jyoti and Surbhi Chandna in the finale videos, fans feel that she might be the new Naagin. Well, it has to be seen if it's the blunder or if Chandna being roped in as new Naagin.

While few fans feel it is a mistake (tagging Chandna), many fans feel Surbhi Chandna is not right choice to play Naagin. Read tweets!

One of the users (Asim Ranjha) wrote, "It will be the worst decision if you choose @SurbhiChandna as #Naagin4 lead actress.She doesn't deserve this role. We want fresh faces."

"#Naagin3 #Naagin4 @SurbhiChandna. is not perfect for #Naagin role so please don't take any risk she can't do and express .. @iamsanjeeda is 100000 times better than @SurbhiChandna. we want #surbhijyoti #Bela not #Surbhichandna #weightgain body please don't cast her @ektaravikapoor."

"What is actually happening with colorstv and balajitelefilms? Going on and and tagging chandu in all their recent posts!??? What does this mean???? 😥😥😥😥 #SurbhiChandna #naagin4."

Meanwhile, fans are upset as they felt the makers did injustice to Rajat Tokas' role in Season 3. One of the fans wrote, "Outrightly a bad treatment towards #Vikrant in #Naagin3 We are totally upset with this unfair ending of series @RajjatTokas has always been speaking high of @ektaravikapoor @BTL_Balaji definitely dont deserve this #InjusticeToRajatTokas."

Another fan wrote, "Yes we are totally disappointed. We are watching show for only our #vikrant @RajjatTokas . Without #vikrant I don't like #naagin3." 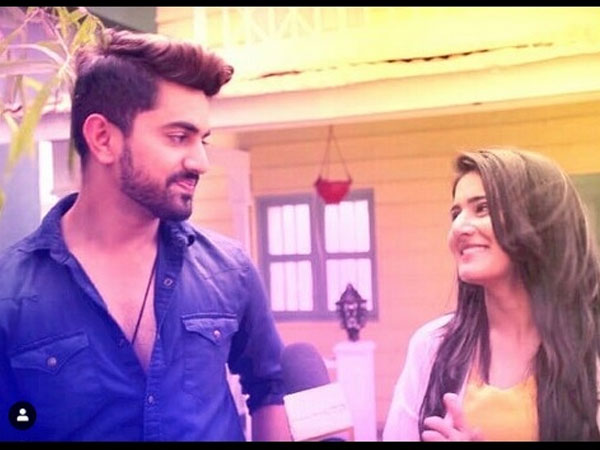 Most Read: These Pics Of Zain Imam & Aditi Rathore Are Too Cute & Will Make Fans Nostalgic About Naamkaran Days