Ekta Kapoor's brand-new season of the popular supernatural show Naagin was aired on Saturday (December 14). This time around, the makers got a fresh cast on board - Nia Sharma, Jasmin Bhasin, Sayantani Ghosh, Shaleen Bhanot and Vijayendra Kumeria. The story is all about Naagins and their revenge on a family. Jasmin plays Nayantara (Sayantani aka Manyata's daughter) while Nia plays Brinda, who is close to the Parikh family. Nayantara wants to take revenge on Parikh's family (on her mother's behalf) as they were responsible for her father's (Shaleen) death. She attacks Dev, who will be on his way to a farmhouse. The first two episodes of Naagin 4 has got a mixed response - although a few liked the story and the actors' performances, some of them (ardent Naagin fans, who wanted the old cast, especially) didn't like the show. Take a look at a few tweets!

"Jasmin as Nayantara is intriguing. While all this works for the show, the odd repetitiveness of supernatural elements is disappointing. Casting was poor! Naagin ki band bajaa di. #Naagin4 is the worst season of the naagin series. @ektaravikapoor."

"Maa ki beti 🌠 They both r just stealing the show undoubtedly n I'm so damn impressed by Nayantara's acting ur more than expectations babe 🔥 When u see someone acting totally different role from wht they have done previously u get more excited! Proud of #JasminBhasin #Naagin4."

"Just 2 epi & Brinda has already stolen many hearts. She is sweet, caring, loving and protector of the Parekh family. The family doesn't value her but can't work without her help. Her bonding with Baa is special & shares a cute bond with her mother.Overall I loved her ❤️#Naagin4."

"If anyone can save the show, it's undoubtedly Sayantani Ghosh . Other casts look funny. And naagin is not a comedy show 🤧. Jasmin tried but i mean her dialogue delivery just doesn't fit in. Bad choice ekta ! #Naagin4."

Story: The story of the show is the same in all seasons. There's nothing new in it - a naagin tries to get to the family (on whom she wants to seek revenge) and gets married to the son of the main member of the family, who is the culprit and eventually falls in love with him.

Actors' Performances: Nia and Sayantani have performed brilliantly well. It is Jasmin who needs to work on her character. She doesn't look like a naagin. Also, too many family members are shown, which looks crowded and confused [A few actors/characters) are very annoying.]

VFX also needs to be worked upon! Too many snakes (that were shown in the desert), the storm and the temple, especially, looked too artificial. 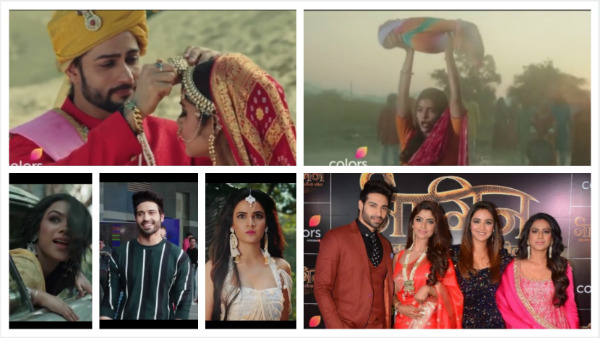