Star Plus' popular dance reality show Nach Baliye 9 witnessed four wild card entries - Pooja Banerjee-Sandeep Sejwal, Avinash Sachdev-Palak Purswani, Urvashi Dholakia-Anuj Sachdeva and Vishal Aditya Singh-Madhurima Tuli. But a few contestants like Faisal Khan and Pooja Banerjee suffered injuries and had to quit the show because of which there were no eliminations. But this time, the viewers will witness a double eviction.

As per a TOI report, two of the most popular and strongest contestants will be exiting the show. Apparently, Sourabh Raj Jain-Ridhima and Urvashi Dholakia will be eliminated from the show.

It has to be recalled that Urvashi and Anuj had got a second chance as they re-entered the show as wild card entrants. They have shown tremendous growth. There were also reports that the ex-couple is rebonding and might reunite.

Coming back to the second jodi - Sourabh Raj Jain-Ridhima, they too have been giving amazing performances, consistently. From aerial acts to folk performances, they have impressed not only the judges but also the viewers.

In the previous episode, Sourabh Raj Jain had given a heart-touching performance and dedicated it to his mother. Vishal Aditya Singh-Madhurima Tuli and Shantanu Maheshwari-Nityami Shirke were the bottom two jodis. But the judges gave them good news by announcing that there won't be any elimination. But they surprised everyone by revealing that there will be a double eviction the coming week. 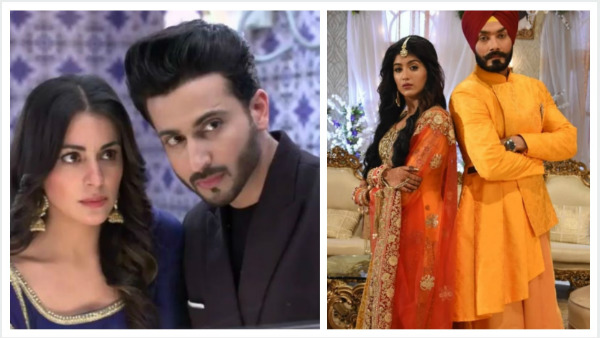