Recently, Urvashi Dholakia and Anuj Sachdeva got eliminated from Nach Baliye 9. Urvashi had expressed her disappointment and seemed quite miffed with the makers of the show, as she felt that their elimination was unfair. She had even claimed that there was partiality as a few couples were allowed to re-shoot their acts when they goofed-up on the stage. Even Anuj seemed upset with the elimination. Although he didn't comment on the eviction owing to contractual issues, he revealed that he had worked hard for the show and had high hopes from it. While Urvashi complained about the show and the elimination process, her competitor Madhurima Tuli was shocked with the former's comment.

Although Madhurima didn't want to comment on Urvashi's remarks, she clarified to DNA that there is 'absolutely no partiality as such. Everyone is treated equally'.

Madhurima feels that Urvashi is not able to accept her defeat and that's why she is attacking. She also feels that Urvashi is overreacting. She told the leading daily, "Honestly, it's a competition and somebody has to win and somebody has to lose. I think you take the judges' decision respectfully and not dig out these things or make an issue out of it. If we would have lost, I don't think we would have ever done anything like this and would have respected the decision."

"She is a competitor, she has seen life, she has fought life! I respect her completely. It's just that I feel she is sad right now and overreacting a bit to a few things. She should take it positively and move on."

The Actress Apologised To Vishal After Slapping Him During Rehearsal

It has to be recalled that Madhurima is participating with her ex Vishal Aditya Singh. Recently, there were reports that the actress slapped Vishal during rehearsal. The video from the rehearsal was also leaked. It seems that later, the actress apologised to him.

Vishal Says His Personal Journey With Madhurima Is Over

In an interview to Bollywoodlife, Vishal was disappointed and clueless as to who leaked the video. Although he didn't want to comment on the video, he revealed that his personal journey with Madhurima is over and now he wants to focus on the dance journey.

Meanwhile, Madhurima's mother will be seen on the show. In a video shared by Star Plus, the actress's mother tells Vishal that he has changed a lot. She is upset with his behaviour towards her daughter, gets teary-eyed and asks Vishal to respect women. Madhurima also breaks down. 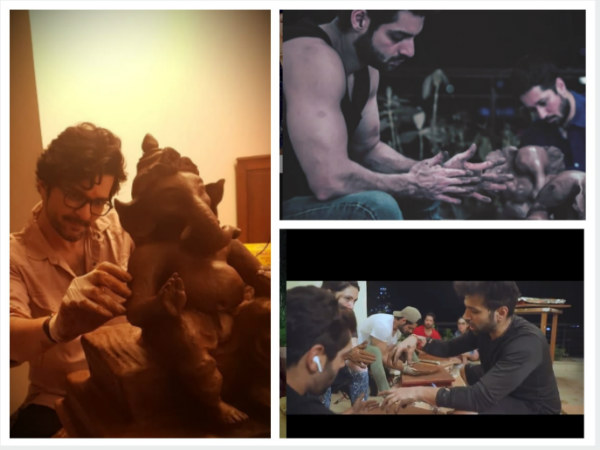